Far Out: A look back at Morrissey’s mammoth interview of the legendary Joni Mitchell, from 1997

Moderator
A look back at Morrissey’s mammoth interview of the legendary Joni Mitchell, from 1997 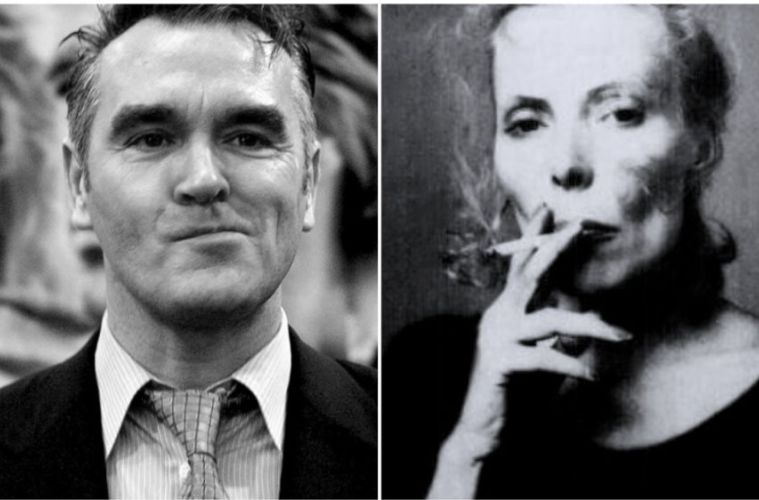 "Rolling Stone graciously offered Morrissey, the enigmatic lead singer of The Smiths to interview one of his icons, the unstoppable artistic powerhouse of Joni Mitchell. The pair share many likenesses.
Both are uncompromising on their art and ethics and both are often misrepresented as one-trick ponies. But in this interview, Morrissey and Mitchell share some common ground and some clear divisions."


Links to the Rolling Stone transcript (the fullest record of what was said, but isn't complete):


For any who haven't heard the audio interview version (edited & with some music clips):

(Transcript of the audio CD - here).

I think between the Rolling Stone transcript and the audio it's almost all there.
Regards,
FWD.
De gustibus non est disputandum.
D

thanks fwd,
listened to the interview on yt again as i couldnt download it from the link, and was once more surprised about its sudden ending when they talk about sadness. the rolling stone transcript confirmed my fear that it wasnt really much longer and did not elaborate on what was touched upon before.

so, do you know if there is a longer, unedited version of the interview?

i think morrissey should do more interviews. does he feel more comfortable in this role of fellow-poet-interviewer than being the one who is interrogated (by mostly tedious music journalists)? i would guess, he actually does.
You must log in or register to reply here.

Far Out: "The insane comments Morrissey made about shooting The Cure’s Robert Smith" (December 22, 2020)