His work has aged in a very bad way and the magic is gone. I think this has to do with the times moving on unlike him and I was always suspicious of someone producing so much in such a short space of time cause that usually means less quality.

He seems more greedy for money that Nicholas Cage who lost it all and is once again in every other movie and he's never any good in movies and they always have a distinct b-movie feel to them.

They're both insane so I guess working a lot is an absolute must to avoid some kind of disaster on a personal level.
A

Ooh, you've not been around here long enough, I have to admit to loving Stephen King, really enjoyed 11/22/63.
I'm stubborn,selfish, and to old.....

from the Ice Age to the dole age

Love Stephen King. His short stories are incredible.
"The Smiths were almost like a beautiful painting. Every month you'd add a little bit here and a little bit there...but it wasn't quite complete and it was whipped away." - Morrissey.
A

THE WITCH ELM
By Tana French" 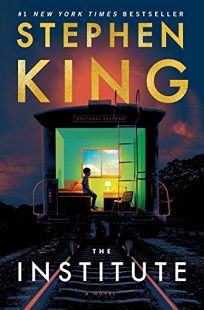 King wows with the most gut-wrenching tale of kids triumphing over evil since It. In a quiet Minnesota neighborhood, intruders kidnap 12-year-old prodigy Luke Ellis and murder his parents. When Luke wakes up, he finds himself in a room identical to his own bedroom, except that he is now a resident of the Institute—a facility that tests telekinetic and telepathic abilities of children. Luke finds comfort in the company of the children in the Front Half: Kalisha, Nick, George, and Avery. Others have graduated to the Back Half, where “kids check in, but they don’t check out.” The Front Half are promised that they’ll be returned to their parents after testing and a visit to Back Half, but Luke becomes suspicious and desperate to get out and get help for the others. However, no child has ever escaped the Institute. Tapping into the minds of the young characters, King creates a sense of menace and intimacy that will have readers spellbound. The mystery of the Institute’s purpose is drawn out naturally until it becomes far scarier than the physical abuse visited upon the children. Not a word is wasted in this meticulously crafted novel, which once again proves why King is the king of horror. Agent: Chuck Verrill, Darhansoff & Verrill. (Sept.)
Reviewed on : 06/21/2019
Release date: 09/10/2019
Genre: Sci-Fi/Fantasy/Horror
Downloadable Audio - 576 pages - 978-1-5082-7907-5
Compact Disc - 576 pages - 978-1-5082-7906-8

You can find a pdf of his book "Stephen King On Writing" pretty easily if you want to preview it.
0

Stephen King Creates a List of His 10 Favorite Novels
http://www.openculture.com/2018/04/stephen-king-creates-a-list-of-his-10-favorite-novels.html


The Complete List of Books Recommended by Stephen King

I read that King is addicted to cocaine and his attacks on other authors are signs of a very insecure man. He's got some four letter mental disorder of some kind but not sure which one. He drank so much at one time he even drank shaving water. So the eye issue is probably from alcohol and drug abuse.

He is apparently a horrible man far more scary than anything he's written.
A

Anonymous said:
I read that King is addicted to cocaine and his attacks on other authors are signs of a very insecure man. He's got some four letter mental disorder of some kind but not sure which one. He drank so much at one time he even drank shaving water. So the eye issue is probably from alcohol and drug abuse.

He is apparently a horrible man far more scary than anything he's written.
Click to expand... 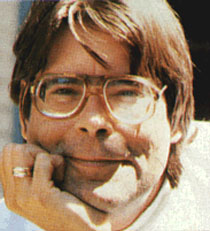 A copy of my old mate Kimmo whose parents are finnish.
A

Mastermind BBC2 now. The specialist subjects include Stephen King.
A

The questions were all about The Dark Tower series. She had them all right!
A

George R.R. Martin has become a household name among readers thanks to his critically acclaimed A Song of Ice and Fire fantasy series, which was adapted by HBO into the hugely popular TV series Game of Thrones. We imagine it’s pretty hard to impress a guy like George, but it seems veteran author Stephen King has managed to do just that with his latest novel The Institute.

Martin recently took to his official Facebook page to express his enjoyment of King’s latest novel, writing: “Just finished the latest Stephen King novel, THE INSTITUTE. Once again, the King comes through. I read every day, but most books I read slowly, a chapter or two a night. That doesn’t work with Steve’s work, never has. The moment I start one of his, I’m doomed. He grabs me by the throat and doesn’t let go until the story’s done.”

Given how busy Martin must be between finishing his A Song of Ice and Fire series and working on his other upcoming projects, it’s a serious compliment for him to say that King’s book held his attention from start to finish. No doubt plenty of Martin’s readers will now be putting The Institute on their To Read list.

Set deep in the woods of Maine, the story follows a group of children with extraordinary gifts who are held captive and experiment on in a secret research facility. Meanwhile, in South Carolina, a small town cop is about to discover secrets that lead to the biggest case of his career."

http://forreadingaddicts.co.uk/news...s-praise-on-stephen-kings-the-institute/35088
You must log in or register to reply here.

A
Stephen King's baby dog, not a puppy

A
This is why I f**king hate Amazon