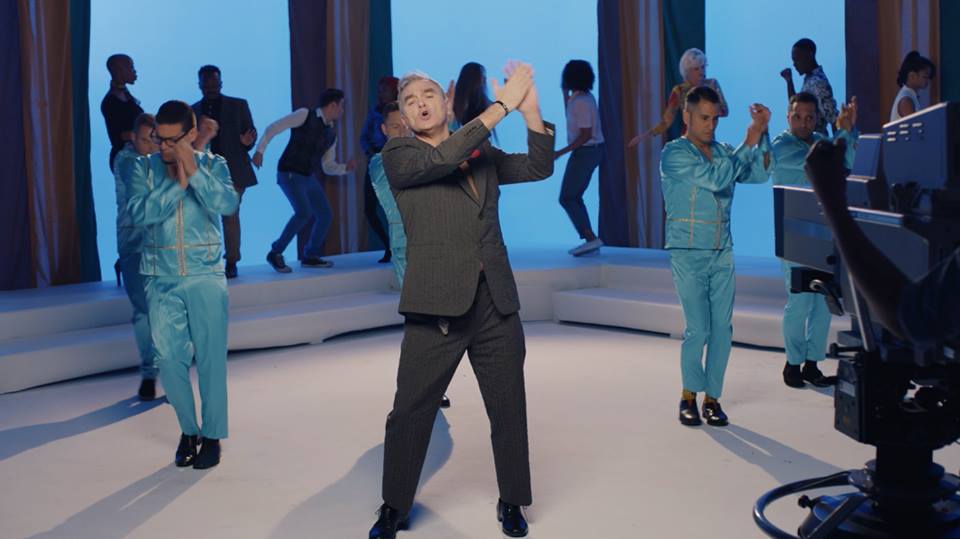 Anonymous said:
Maybe because they have a sense of humour and don't take themselves so seriously ffs.
Click to expand...

What are you going on about? I said it amuses me.
“I can’t sing anymore, I’m too happy”

Cornflakes said:
Isn't amusing people the whole point of dressing up like a clown?
Click to expand...

Well yeah. As I said it amuses me.
“I can’t sing anymore, I’m too happy”

IT looks similar to this one:


... I hope that the "official lyrics video" of Spent the Day in Bed won't end up being the "official video" of that song. If a 14 years old fan had done THAT video, I would call it a poor attempt at a "fan video".

You'd wear short trousers too, if you had to wade through as much bullshit as he does.
T

Is this another Eurovision skit ?

At the first glance, it looks like those old-fashioned 70's TV shows.
"Those who murder language are not pure" - Camus

Raphael Lambach said:
At the first glance, it looks like those old-fashioned 70's TV shows.
Click to expand...

I thought 60's at first.
BREXITEERS OF THE WORLD UNITE AND TAKE OVER!

They thought we'd just rollover and have our tummies tickled, and they've suddenly discovered that the British Bulldog doesn't behave like that.

g23 said:
It's a very American Bandstand/Soul Train sort of look. I remember watching those as a kid and wondering why people wanted to go on TV and dance to recorded music. It seemed very awkward to me.

ALSO: Shiny satin isn't very flattering. I wonder if Boz goes home and dresses in sweat pants and a ratty old shirt so he can dress comfortably on his own terms.
Click to expand...

g23 said:
You'd wear short trousers too, if you had to wade through as much bullshit as he does.
Click to expand...

What a bitter comment! Why do you even bother coming here? Really. It's a serious question I'm asking you.

Mozbra said:
What a bitter comment! Why do you even bother coming here? Really. It's a serious question I'm asking you.
Click to expand...

I live in hope.
A

Well, originally Morrissey wanted the band to wear speedos for the Certain People I Know video, and they refused. Somewhere along the way, dignity became a secondary concern.

I assume Boz was willing to do it. After all, since then, Morrissey has managed to convince him to dress in drag, expose his bloated corpse with nothing more than a seven inch vinyl record covering his doorbell, and as...a black panther. Now he has him dressed in what looks to be a set of powdered blue, satin pajamas.

I'm still waiting for Boz to come on stage in a Kip's Big Boy oufit.

I think it looks pretty interesting. I can't wait to see it.
Accept Me As I Am- Completely Unacceptable

Wow two vids so far. BMG are surely playing ball. Still...why couldn't they have had the vinyl for sale same day the video drops? Methinks they have no real concern for the singles charts. That's for the kids nowadays I guess. I think at least one more single would be appropriate. I'd say "Home Is A Question Mark". That is an instant classic. More likely to be "When You Open Your Legs" as it is more cheeky.

Yes.. it also makes sense.
If we talk about Brazil... it means 90's.
"Those who murder language are not pure" - Camus

It's all a bit pointless really. None of the radio stations are playing it.
I expect they feel they've promoted him enough recently, especially given all the bad publicity (largely his fault).
They should hold off now for a good month or two, and then maybe release a live version of All the Young People or a remix with the piano more prominent.

g23 said:
You'd wear short trousers too, if you had to wade through as much bullshit as he does.
Click to expand...

yes, agree, it must be difficult dealing with all those who don't understand M.
M

When fans spoke to him offstage around that time, he didn't appear to be enjoying it at all - but they have to do what Morrissey says, or risk getting the boot. The days of the band being allowed to pick their own stageclothes went when Alain did. Morrissey is the paymaster, and they are simply hired goons - if they don't like it, they know where the exit is.
A

I’ve never seen Morrissey do a dance routine before, so that might be fun.
"All you people ought to be like me / Drink that good cold whisky and let the cocaine be."
You must log in or register to reply here.