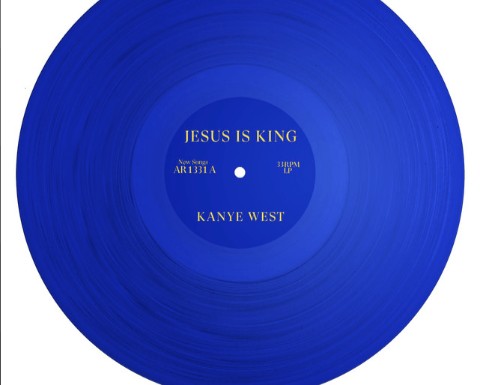 Kanye West released his latest album Jesus Is King. Labelled as a Gospel album it feels more like other Kanye albums that focus on his personal life and struggles with celebrity and worldliness but with a much stronger focus on his seemingly new or refreshed relationship with God. Opens with a very energized Sunday service type Gospel group harmonizing but the album really starts hitting with track 2 Selah. Great beat and lyrics with repetitive Hallelujah chants that almost sound trippy like a Death Grips song. Follow God chops up an amazing old gospel/blues sample that repeats like an early Wu Tang record. Closed On Sunday opens with nice acoustic strumming and Kanye comes in with the song title which you may find amusing or shake your head at it's sorta goofiness. Half way into the song the acoustic fades and a droning synth comes in that sounds really good. Everything We Need is a good song with a cool transition from rap to sung chorus while lyrically building on the focus of family and relationships being protected by God, recurring themes throughout the whole album. Water is meh but God Is hits like a nice soulful ballad speaking about what God is to him. Use This Gospel features rap duo Clipse and Kenny G who performs an awesome solo that really elevates the vibe. One of the best songs on the album it starts with a noise of a car door alarm (alluding to his car accident where he almost died and had to have his jaw wired but which first brought him to faith) with an underlining moaning hum that comes in and out throughout the verses with a really dope beat drop closing the song. Overall a pretty strong album. It's short (27 minutes) and has a few duds for me like On God and Water but I think it's better than his last couple albums. I appreciate the promotion of family and faith, we need more of that. Decent album but it won't replace my Elvis Gospel albums or my Washington Phillips as my go to gospel.
6.5/10
Last edited: Nov 22, 2019
A

I have only a very vague idea who that is (yes, "really" ) however, yesterday I heard a story about how my homie J. went to Jericho (a very low city) and told a small tax collector (a despicable job) who had climbed up a sycamore tree (a shitty tree, I'm told) to see him, that he was going to surf his couch.
I like to think Jesus would visit Solow and talk any searching soul.

Thanks for the tip, Romanemperorissey, might give that a listen.

talk to, soz
You must log in or register to reply here.

Jean Dawson: "I want it to feel like Manchester and Compton had a baby. I want it to be like if Morrissey was black" - DIY
2