"Morrissey's tour in the USA is off to a great start. Morrissey has expressed "genuine, heartfelt thanks to triumphant audiences in Columbia and New York City."" 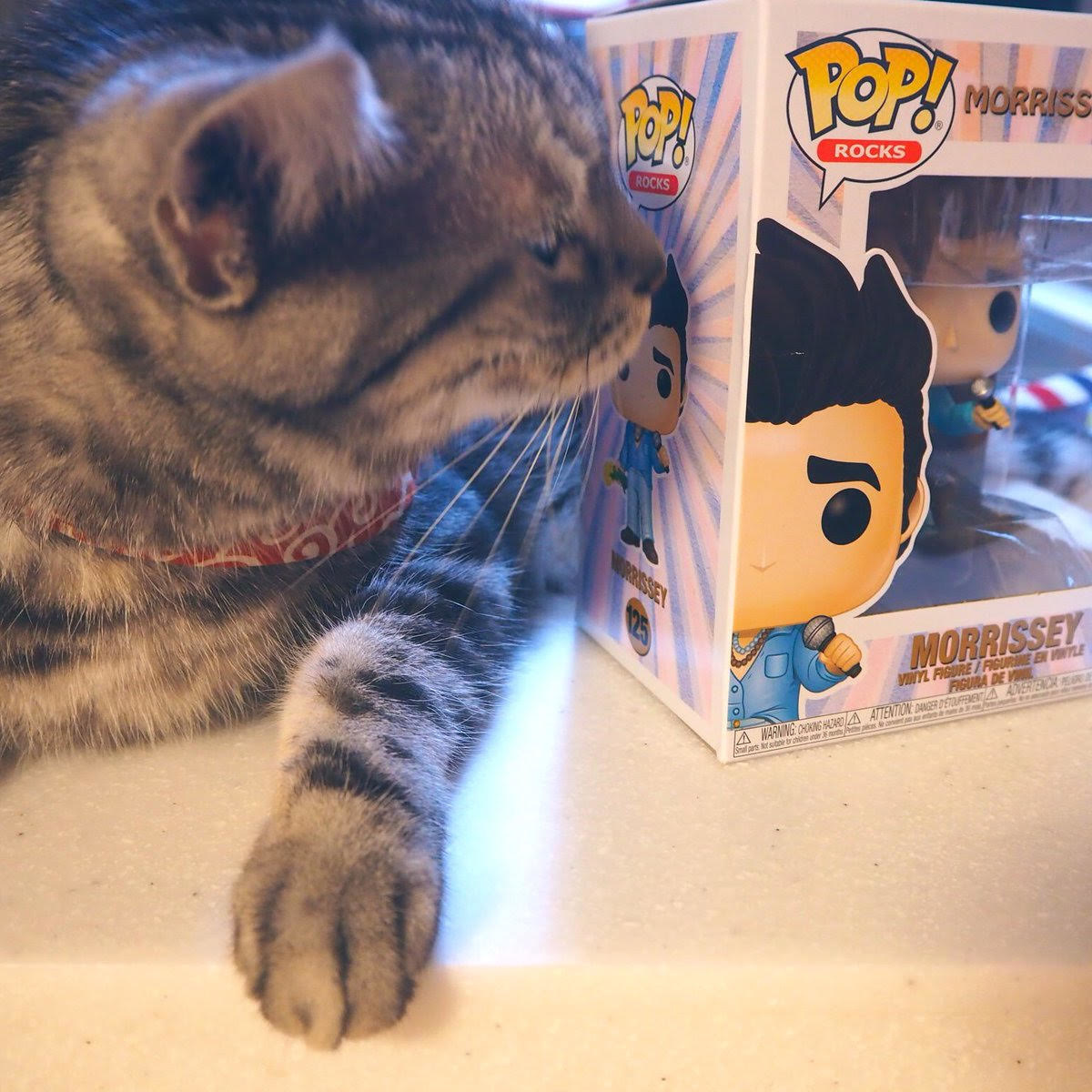 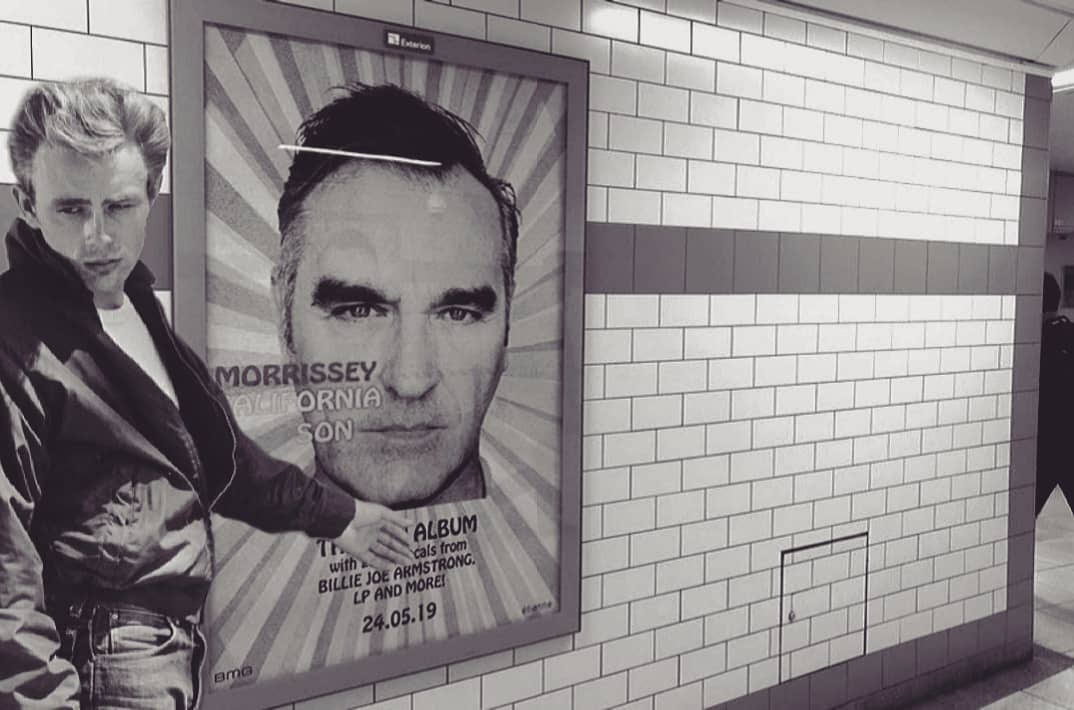 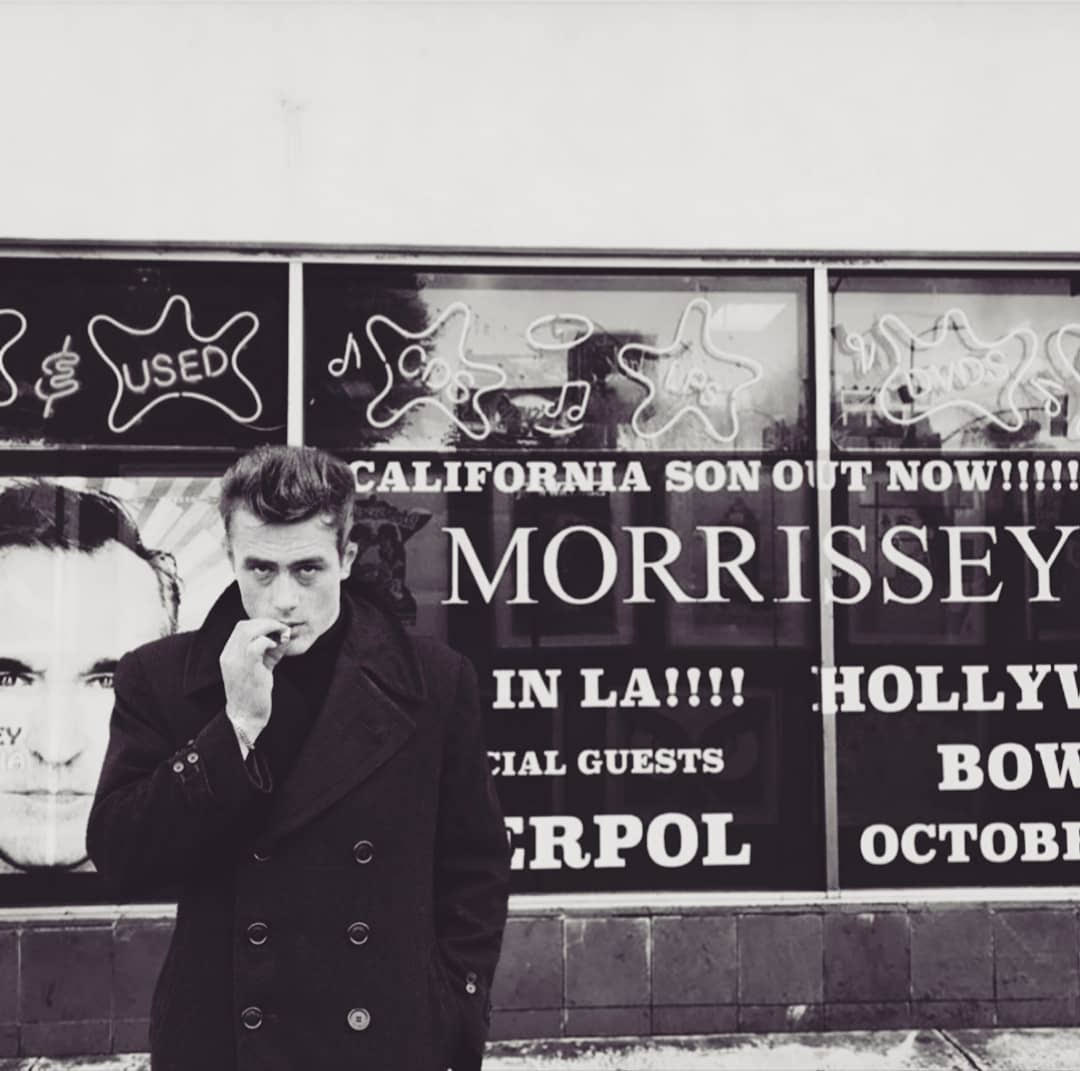 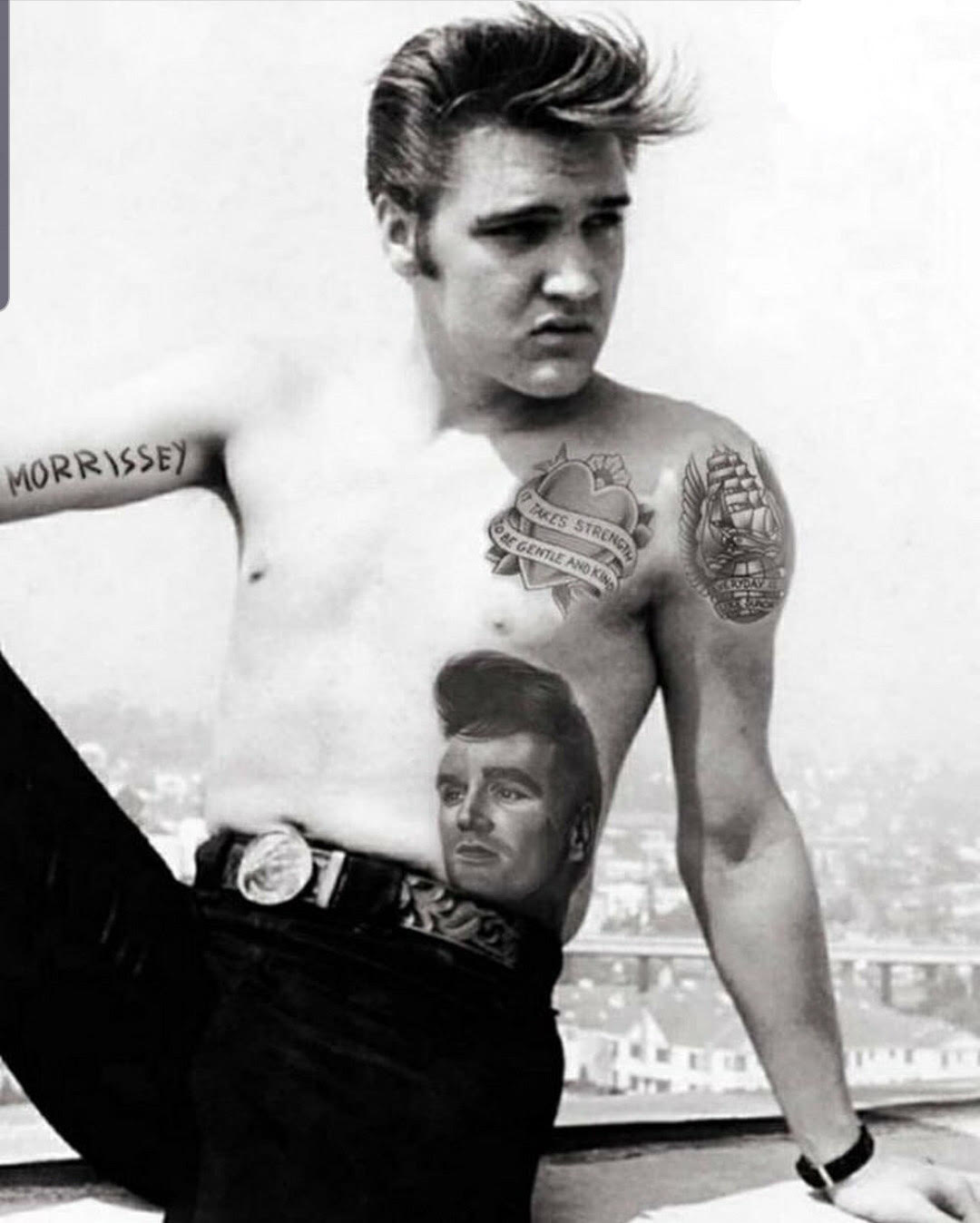 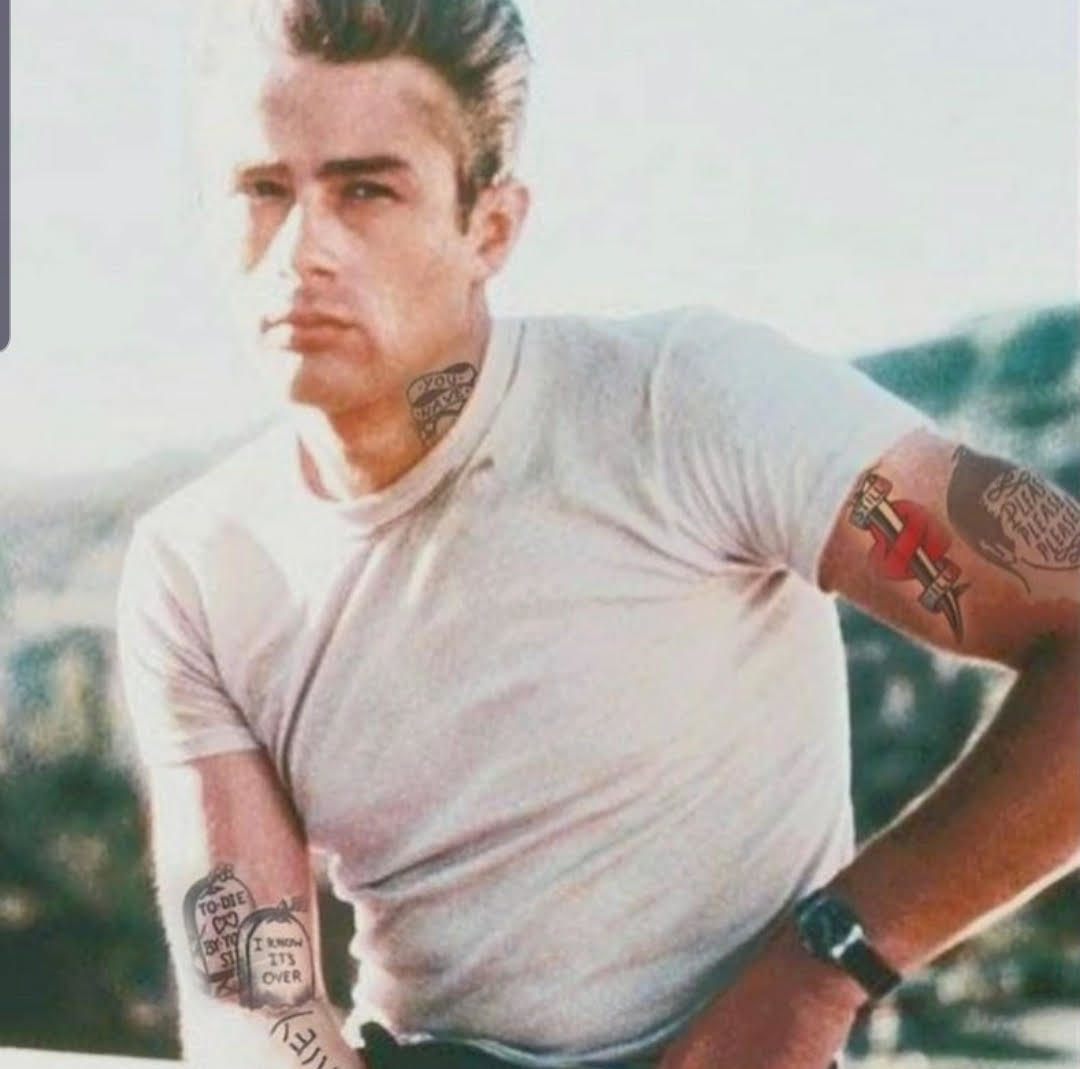 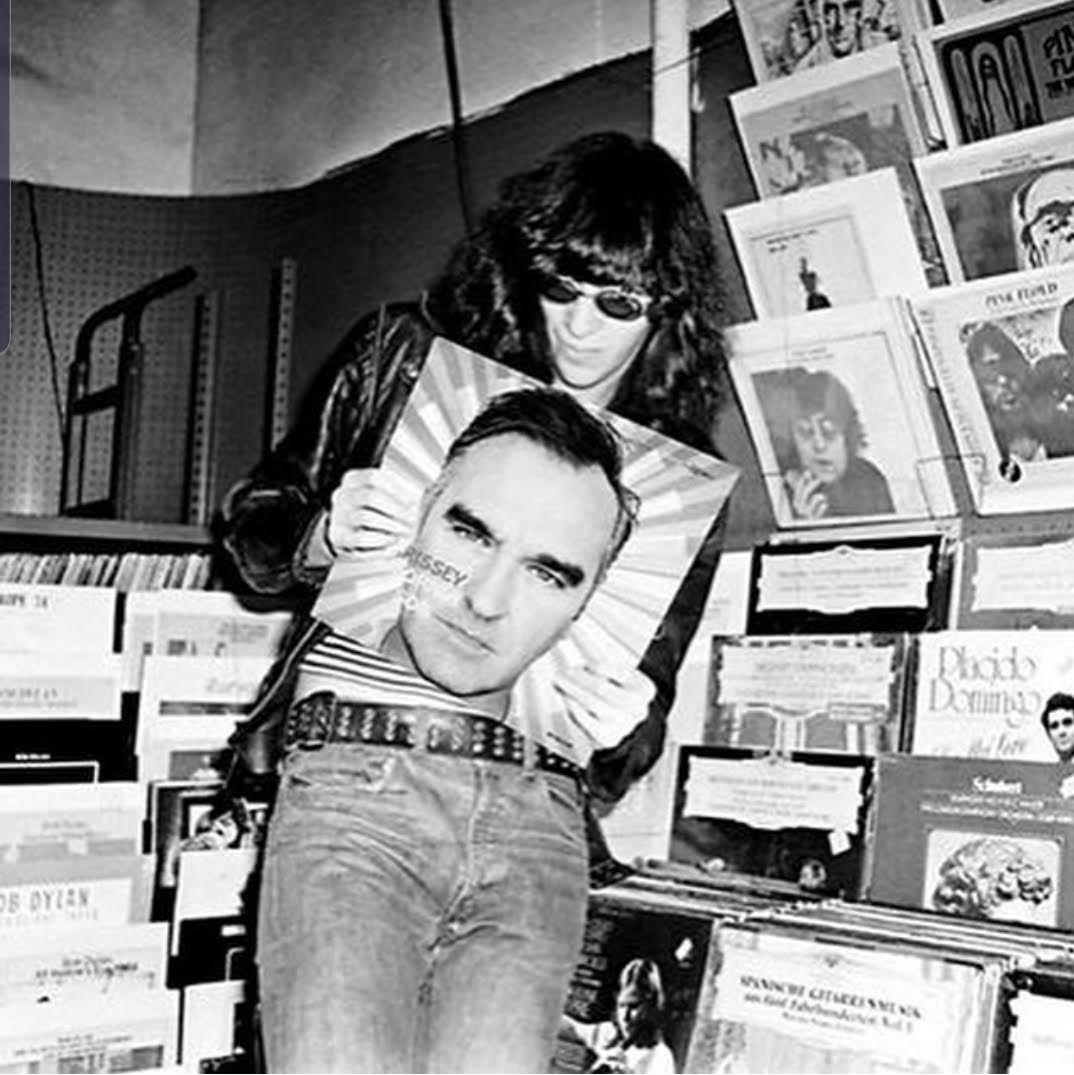 I have to agree with you, skinny. Sigh. Enough with these.
Throw your homework onto the fire.
D

it is "morrissey's cat" from april 2018
https://www.morrisseycentral.com/messagesfrommorrissey/morrissey-s-cat

morrissey, please stop encouraging this onslaught of visual vomit. never in my life have i ever seen such amateurish attempts. it's almost as if these same people making these "montages" will wake up tomorrow and decide they want to be surgeons. that's not going to work out too well. people are going to die.

Jesus Christ that's some shit photoshopping!
Sick to death of JJ and Kewpie...
A

Melü said:
But someone should make Sam stop. Or tell him that he’s not good at photoshop.
Click to expand...

Anonymous said:
Thanks to the "SER express Photoshop Course" i can do it too !!!

I actually like the james dean in front of amoeba records one. when i saw that I thought "cool". you know?

what a sweet little kitty.

"Why Don't You Find Out For Yourself?"

I give it until 7.30pm before SER posts a "limited edition print" on his Instagram for £25.
A

NealCassidy said:
A triumph for free speech
Click to expand...

A triumph for free-use of copyright protected images.

It's incredibly pretentious, arrogant and disgusting to stamp his face and name on photomontages with famous artists just to promote himself. Morrissey pretending big names like James Dean, Elvis, Joe Ramone, Marilyn Monroe and many more would be adoring him as the king of pop? Give me a break!

Melü said:
I like them. Why are you guys angry about Elvis tho he was a racist, wasn’t he?
Click to expand...

they are angry about everything,M could give his whole fortune away to charity and they would still moan.
Last edited: Sep 9, 2019
its not me its you.

gordyboy9 said:
they are angry about everything,M could give his whole fortune away and they would still moan.
Click to expand...

Famous when dead said:
"Morrissey's tour in the USA is off to a great start. Morrissey has expressed "genuine, heartfelt thanks to triumphant audiences in Columbia and New York City.""

Very pleased for him that attendance on his tour has defied all the naysayers.
As for the photos he can post what he likes on his own website.
A few celebrities with Moz tattoos and a cat can hardly offend anybody........ Oh wait a minute

Surface said:
Well what a f***ing surprise, I wonder if Lisa Marie is impressed to see Morrissey shit photoshopped onto her dads image?
Click to expand...

Well what a f***ing surprise you would
bother coming to a site that’s dedicated to an artist you dislike.

Anonymous said:
These are even worse than the usual dross.
Click to expand...

Without all of the photo shopped images, the video projections, the smoke and mirrors what is there? A completely same old, same old yes men band and a grey, out of puff, sweating old,camp,balding,unfit,narcissist, racist frontman who will unscrupulously appropriate animals, dead people, and stupid Americans into alluding to him being a huge successful star. Thanks be to God for free speech and the intelligence to see through such illusions.
A

gordyboy9 said:
they are angry about everything,M could give his whole fortune away to charity and they would still moan.
Click to expand...

...and AGAIN, the tube-dwelling apologist spins laughter into anger.

NOBODY is “moaning”. They’re simply stating the obvious. Melvis doesn’t give tuppence to anyone except his mother. ...and he only helps to support her because he knows it’s coming back to him when she kicks.

JFC, he doesn’t even pay his musicians. He fled England to avoid paying Rourke, Joyce and taxes. Now he’s in the red with the IRS.
You f***ing lot are about a bright a bunch of sunken, petrified logs.

All he has to do is release a couple of decent singles, quit the “poor me” bullshit and own his words like a f***ing man. ...but THAT’s not happening either, is it?
A

Not sure about the images, but certainly a great start to the tour, big crowds, decent set list, adoring fans. Hopefully we can have a UK tour next year, fingers crossed

I thought Morrissey gave a fantastic performance in Queens the other night and if Camden weren't the murder capital of the world, I'd probably have gone tonight! M would be sad if I got murdered in Camden.

ThePoliticalRevolution said:
I thought Morrissey gave a fantastic performance in Queens the other night and if Camden weren't the murder capital of the world, I'd probably have gone tonight! M would be sad if I got murdered in Camden.
Click to expand...