One of my favourite Morrissey interviews of that period (autumnal, lost, funny little singles Moz ~ walking backwards into the '90s) Conducted during the recording of the magnum opus that would become 'Kill Uncle'. Even though the content is weighted heavily toward the journalist's words rather than Morrissey's, and he doesn't appear much of a 'fan', it's still enjoyable because it's so well written; wounded unpriapic fawn, lugubrious monotones in parish magazines, wheezing Bedford vans, etc, etc. A minor twisted pleasure indeed.
Also saw the debut, some 4 months before 'Kill Uncle', of Gino Sprio's excellent photographs of Moz at Hook End Manor.
And is that a Smiths shirt he's wearing? Must be one of the last times he wore one. 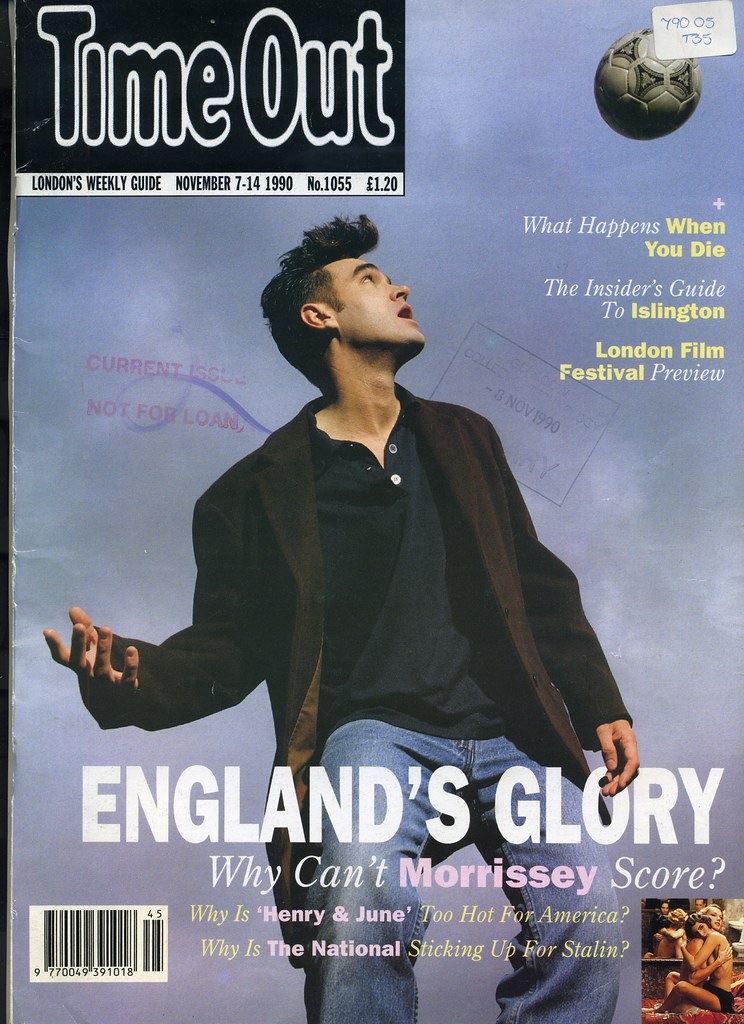 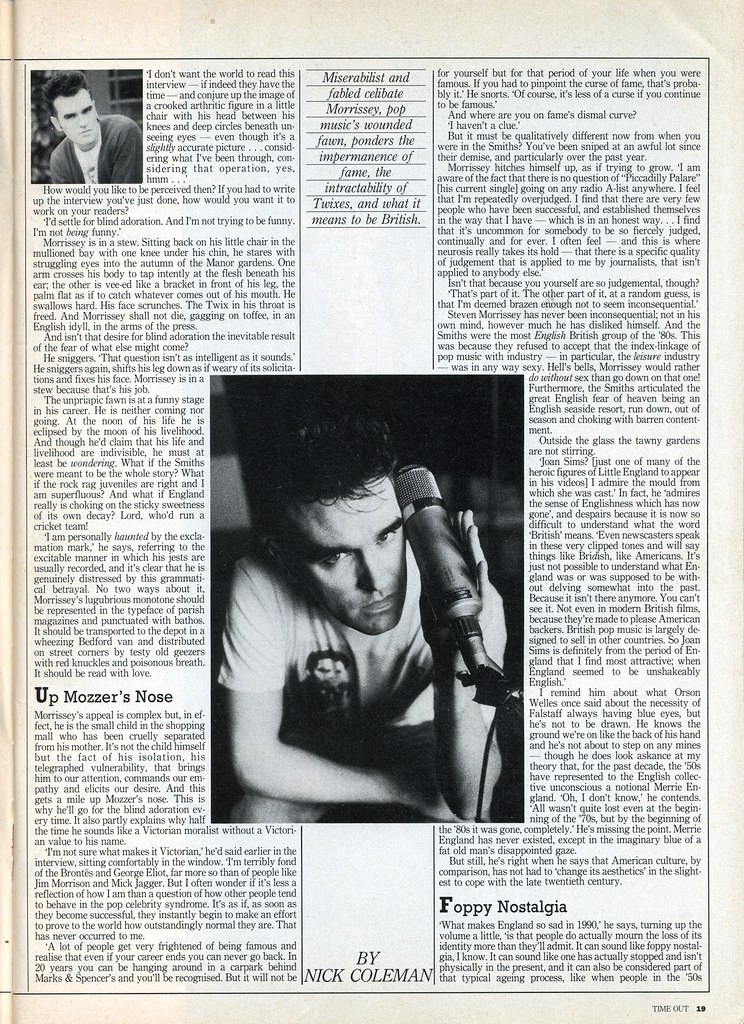 * And yes, I did 'acquire' this some years ago from my college library
"Morrissey is wearing a pair of vintage jeans and sipping from a can of Red Bull."

Nice! Thank you.
to the rescue nobody ever comes
when He calls me, I do not walk, I run

One of the Good Guys

I can't stop thinking, or frinking, about Morrissey speaking with Twix in his mouth.

i love the picture of him-beautiful...
..but why the hell doesnt the interviewer help him while he is choking on that twix?:

Morrissey asked my cousin where he was from. He answered Compton, which to Morrissey replied"Oh, so you're straight outta Compton aye?"[QUOTE from Ready With Ready-Wit;830350]
Ich weiss nicht, zu wem ich gehöre-ich glaub ich gehör`nur mir ganz allein"(I dont know to whom I belong to,I think I only belong to myself)Friedrich Holländer-1932-
Lifeguard, save me from life,cause it's the only life I'll ever have. Moz
"Mein Kopf ist ein Labyrinth,mein Leben ist ein Minenfeld"
E.N.

sistasheila said:
i love the picture of him-beautiful...
..but why the hell doesnt the interviewer help him while he is choking on that twix?:

God I miss the Morrissey of The Smiths and this period.

I would kill to meet during this time

If ever Morrissey summed himself up in a single phrase: "I like to go by the confused route."
[SIGPIC][/SIGPIC]​

Thanks for scanning and posting this.

Tim Jonze would have interpreted his answers differently ...
Honey you'll find how to know me.

CrookedLittleVein said:
If ever Morrissey summed himself up in a single phrase: "I like to go by the confused route."
Click to expand...

I loved that one.
Honey you'll find how to know me.

Jan 6, 2021
Anonymous
A
T
"This Charming Man": Morrissey interview by Sean Smith in The Big Issue in the North, 15th November 1999 (transcribed here for the first time)