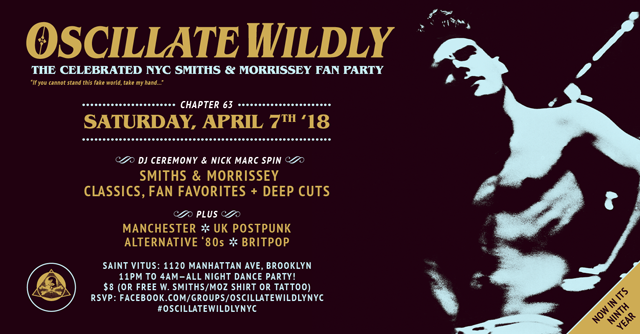 Next party: Saturday, April 7, 2018.
(Event occurs every other month on 1st Saturdays)

The February 3rd “Oscillate Wildly” party was a true blast! There were plenty of familiar faces, and lots of new ones as well. Special thanks to our stellar guest DJ James David. It was also a pleasure to bring the memorabilia raffle back, some lucky fans scored some nice items including a limited edition 7″ of “Jacky’s Only Happy When She’s Up On The Stage.” We’ll likely do the raffle again on April 7th, with some other fun items up for grabs! We’re also happy to be hosting the veteran DJ NICK MARC of Tiswas at the April 7th party! So come early to hear his set, “Oscillate Wildly” always kicks off strong, and this edition will be no exception. Make sure to mark those calendars for Saurday, April 7th for another epic night celebrating all things Moz & Smiths.

For those new to the party, “Oscillate Wildly” is an event and all-night dance party established in 2010 that pays homage to the brilliant musical legacy of Manchester legends The Smiths, as well as the extensive solo career of Morrissey. Bring your best requests! 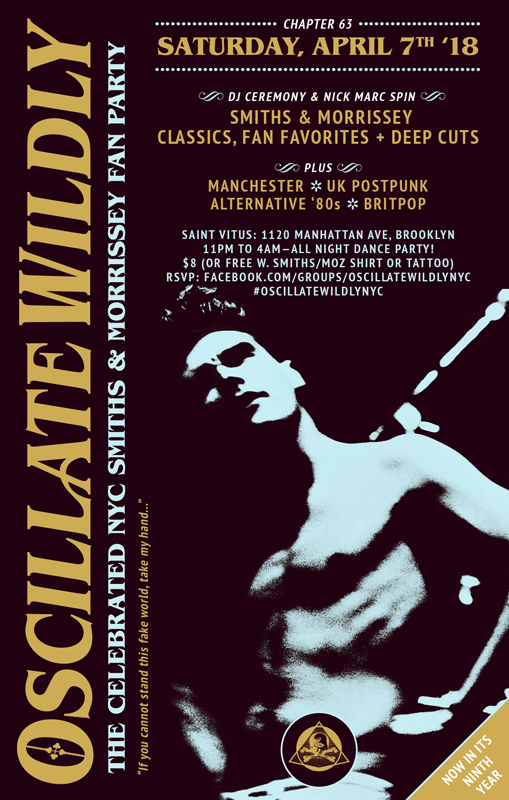