Post Whatever You Are Thinking At This Very Moment

Dale Wharfe said:
I'm mentally weak. Although after saying that, I pulled myself through a particularly gruelling spell at work this week. I promised myself there'd be a drink at the end of it, which I'm doing now. I deserve it. I didn't phone in sick. I was upfront. I told my new manager that I was struggling, especially as I'd only had training for my new job over the Internet and I was speaking to people and I was supposedly full of knowledge on what they were talking ro me about but I didn't have much more of a clue than them. It's going to be moniterd but I did my best. The main thing is that I tried and I didn't shirk.... which was terribly tempting.
Click to expand...

Just to say, the fresh conkers off my tree are working on the spiders, & keeping them at bay. Edit: can't believe people are selling them on Amazon...when I put loads in the bin last week!
Last edited: Sep 25, 2020

Mozmar said:
Just to say, the fresh conkers off my tree are working on the spiders, & keeping them at bay.
Click to expand...

Dale Wharfe said:
Yes. It's taken me a while to come to the conclusion that I'm average. Being alone can make you feel you were destined for better things, you tell yourself loneliness is due to the fact that you're somehow special, when really you're just not wanted.
Click to expand...

Dale Wharfe said:
Anyway, the weekend approaches. I'm finding solace in having a few days without having anything required of me, other than being. Other than existing.
Click to expand...

Have yourself a Moz-fest & plug into some music Dale. Therapy my friend.

Mozmar said:
Just to say, the fresh conkers off my tree are working on the spiders, & keeping them at bay. Edit: can't believe people are selling them on Amazon...when I put loads in the bin last week!
Click to expand...

they aint working for MY spiders.....

I got my prescription orthotics today. They only make things worse, and the chemical smell is strong. So much for that Avenue. Edit: custom made, not prescription.
Last edited: Sep 26, 2020
Don't worry, I'm just schizophrenic.

Just relaxing and enjoying not being in pain. Taking pleasure in my life as it currently is. Guess I'll do some reading, with tea at my side.
Don't worry, I'm just schizophrenic.

Got some Crayola crayons today. 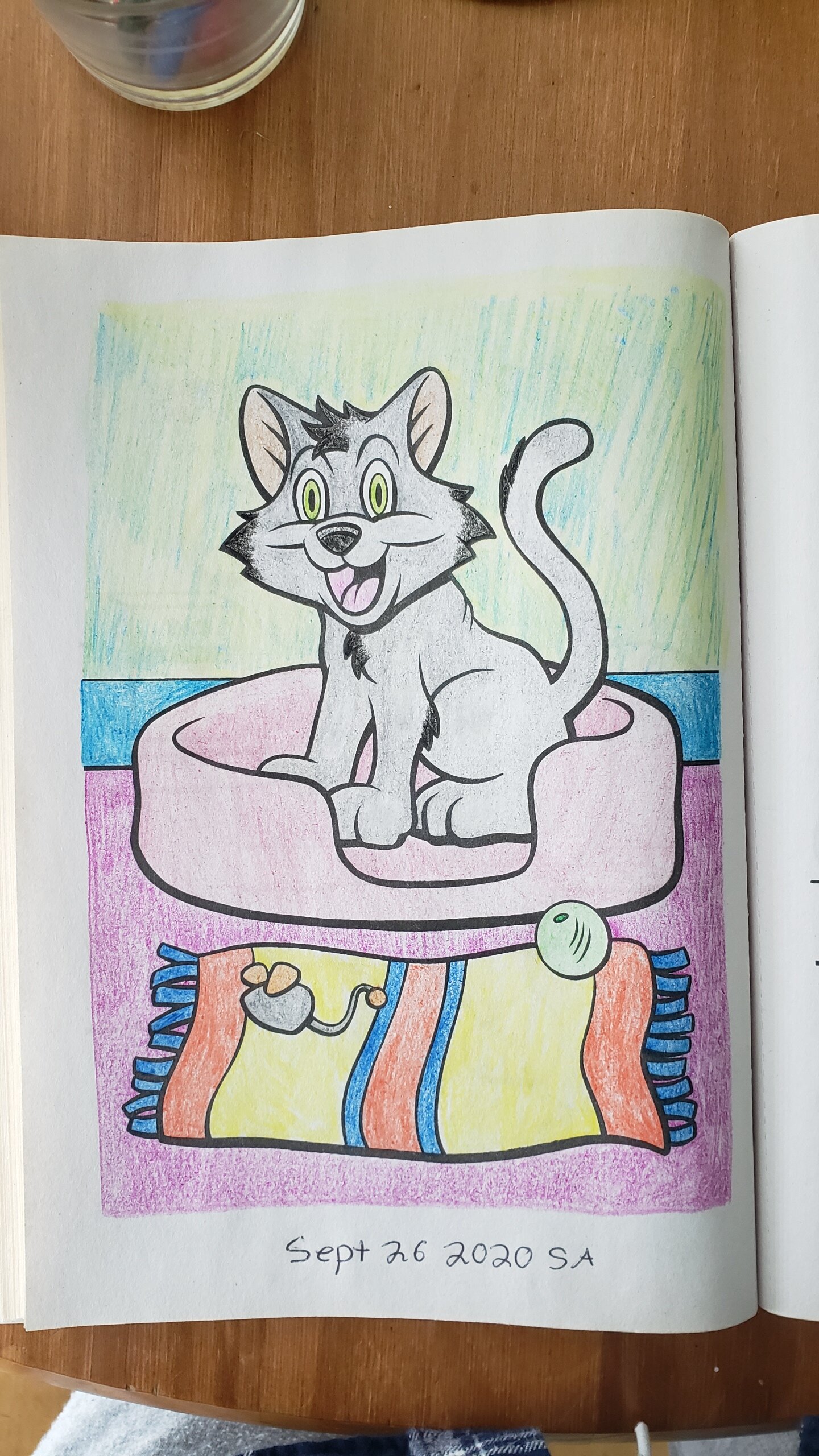 My phone just turned on by itself. Hope it's not been hacked.
Don't worry, I'm just schizophrenic.

It doesn't take much to disturb my peace. ☹
Don't worry, I'm just schizophrenic. 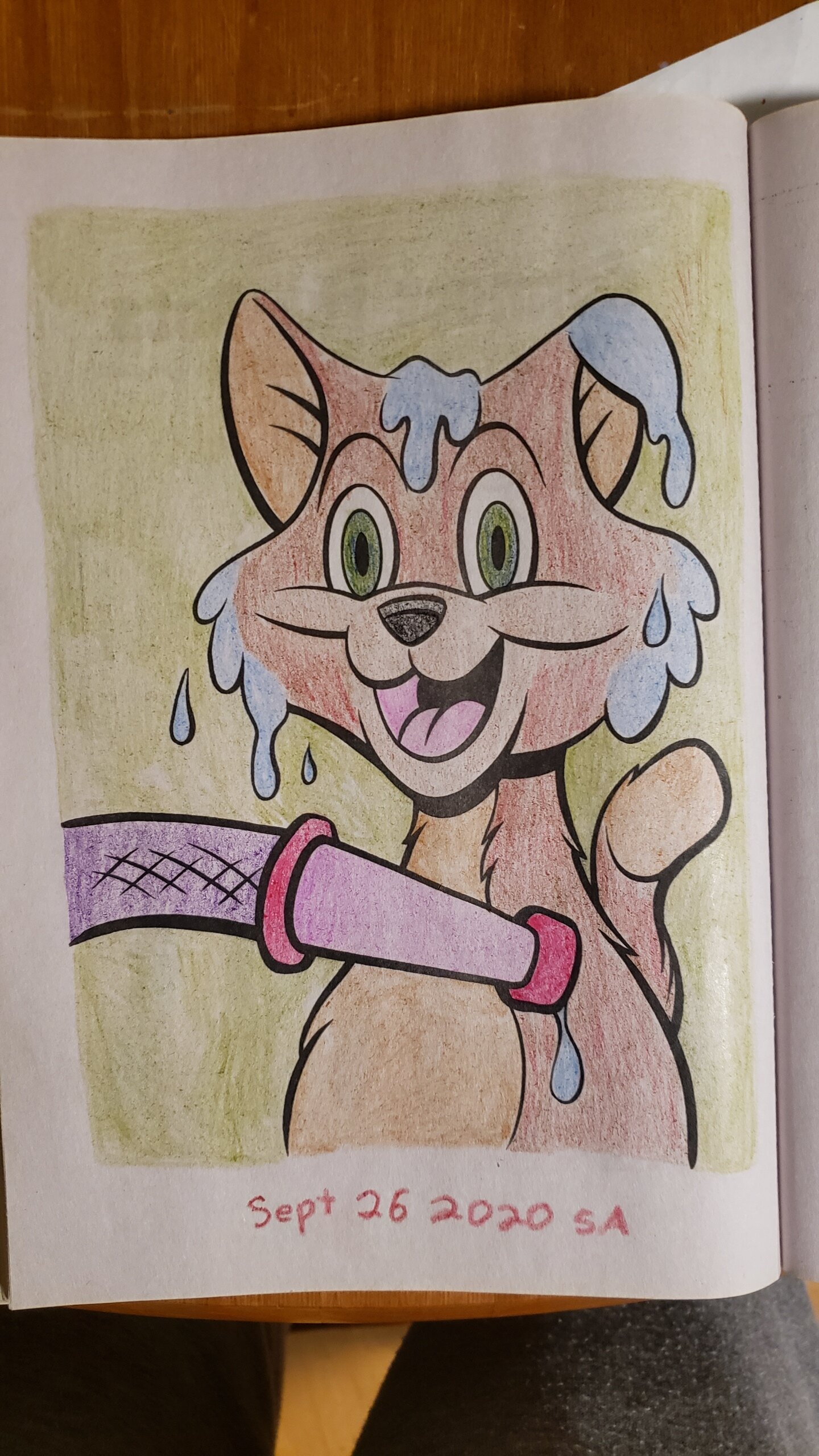 When you colored the hose pink were you aware of the sexual overtones?

Okay said:
When you colored the hose pink were you aware of the sexual overtones?
Click to expand...

No, sex wasn't on my mind at all. Hahaha
Don't worry, I'm just schizophrenic.

Self love
It's always new
Others be jealous
Why don't they love themselves too
Made to feel guilty
I love myself too much
They implied
I was never accused
Of loving others excessively
But when it's yourself
It's labeled selfish
It gets called vain and narcissistic
All these labels that don't fit
The beginning of real love
Has to begin somewhere
Anywhere will do
Don't worry, I'm just schizophrenic.


like are you f***ing kidding? do you actually think that's a valid comparison? what about the part where cops put their lives on the line whenever they have to make an arrest? i didnt realize getting shot while attending to patients was a concern for nurses. so i told my "friend" its braindead and insulting, which it is. it's sad because she thinks she's really woke. she thinks that by posting 1000's of "woke" posts a day it can make up for her living a meaningless life.

Neil would look SO pretty in this prada dress. I love this whole look so much. it's from the famous prada fairy collection from some years ago and so naturally it makes me think of neil, he being the king of fairies and all. i might tell him that.