A LARKS’ TONGUE IN APRIL.

*we apologize for the delay in printing this interview.

"sam:
You cancelled 6 shows in Italy because of the incident. People are beginning to think your middle name is Cancellation.

M:
I know. But, as far as I can see, many bands cancel and nothing is ever said about it. The song and dance made about my cancellations is usually from people who wouldn’t go to the concert in the first place.

sam:
But you will play the Canada dates?

M:
The stitches are out now but if I had shaken anyone’s hand last week blood would have spurted. That’s not a nice greeting.

sam:
I don’t think anyone ever believes that you’re ill, or that you fell, or whatever.

M:
I know. Generally colds and flu are passed on to me, and there’s nothing you can do when your voice is your instrument. I go to abnormal lengths to avoid colds." 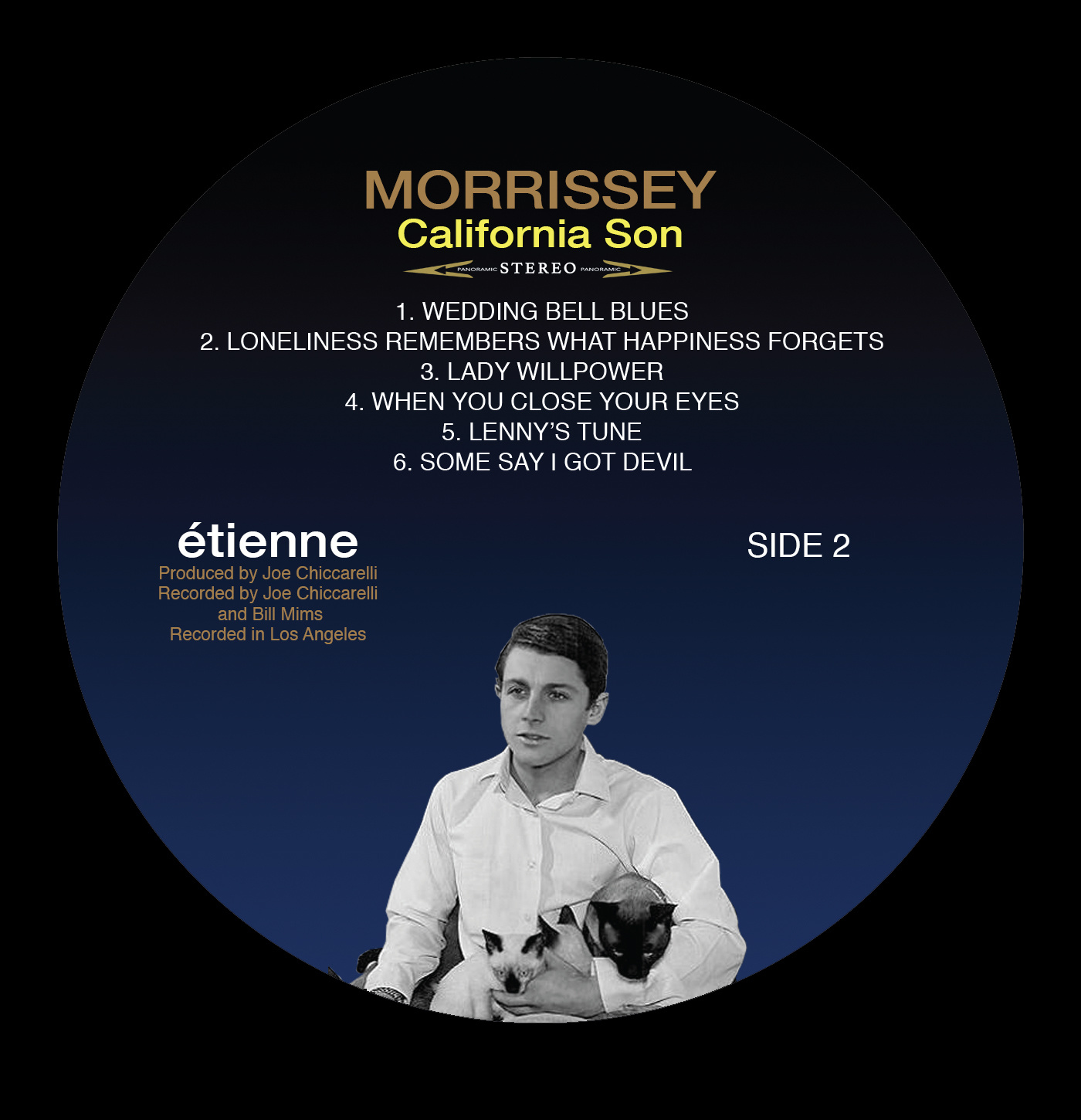 
Covering a lot of recent (and old) topics.
Full transcript reproduced below in parts (due to word limits).
Regards,
FWD.

Very good interview. I know Sam isn’t a journalist but then neither are the activists who write for the Guardian. Morrissey and Sam should do a weekly podcast, would be interesting, unlike most podcasts out there.
A

ForgotHowIGotMyName said:
This is just a theory.

This interview was done in April but they didn't put it out (for whatever reason. I'm gonna conjecture on the whatever reason. I'm gonna guess that is someone said to Morrissey "Dude, Moz, you went way too hardcore in that interview. I'm not sure putting that out is the best idea. You will lose every single one of your liberal fans and they will never forgive you. " and maybe Moz saw reason in that. At the time.

But then Pingate happened and Moz lost all his liberal fans anyway. BUT he became something of a folk hero in Alt Right circles. Black Pigeon Speaks did a video about him, his homeboy Styx did a video, Paul Joseph Watson wrote a bunch of articles one of which got on Drudge.

What if Morrissey just said "f*** it. If the liberals will never forgive me, then I will just go get a new fanbase! Sam, release the interview!"

What if Moz is just blatantly make a play for the Alt Right? Whatever you might think of it, the Alt Right (and adjacent) is still a huge presence on the internet, with a large audience capable of giving him tons of free advertising and positive press. I mean, why wouldn't he do that if the Alt Right are the only people who don't hate him at this point?
What's he got to lose? He doesn't have go on any podcasts. He can keep a tactical distance but just put out a edgy interview every once in a while and the Alt Right will fan his balls. That would be my theory as to why he would do this interview in April but not release it until now. He had something to lose then but he's got nothing to lose now.

Not a bad theory but when it comes to giving support to a pop star, the Alt Right is tiny. Morrissey gained about 200 fans off For Britain for his idiotic views, and lost about 12,000 (here in the UK).
B

everyone prefers their own race

Maybe Moz watched Last Whites in the East End, a BBC (surprisingly) documentary whereby the East end was a subject to a Muslim takeover and the white people fled to Essex and surrounding areas after the East End was culturally obliterated. Even the most liberal of idiots must realise THIS IS NOT A GOOD THING. The way different race/cultures have their own ares in cities/towns across the UK would suggest unforced segregation thereby confirming Morrissey's point.
Last edited: Jun 26, 2019
F

I thought there was a common law that we were supposed to shoot outselves before our craniums started forming strange protusions?
A

the_kaz said:
This is a revealing statement. No, Morrissey, I can assure you that not everyone prefers their own race. Fortunately, that's not the world I live in. I certainly know that I don't prefer my own race, "ultimately" or otherwise. Does this make Morrissey racist? Well, I honestly didn't think he was before, but he's pretty much just admitted that's exactly what he is.
Click to expand...

IMO Morrissey says things for shock value for more publicity. But he needs to realize this isn't 1990 anymore. You make these kind of statements today and there is a large segment of the population who will want to ruin your life by preventing you from earning a living. Exhibit A the cat from Liverpool who complained about your poster.
I look forward to a picture of Morrissey and Sam sitting at a picnic table.
B

the everyone prefers their own race should be the straw that breaks the camel's back. it won't be, but it should.

for me, personally, it was those LIHS bonus tracks.
"Maybe if I was an anarchist and had a signed copy of Kimono My House or something you'd sleep with me" ​

in my mind, racism is thinking one race is superior to another and believing this to be objective fact. preferring your own race, or, rather, asserting that everyone prefers their own race, may seem a bit small minded but it doesn't seem like racism to me since it implies an admission of subjectivity that applies to everyone. if you grew up without much exposure to any races other than your own and if you had a strong cultural background I can easily see how your identity would be wrapped up in your race to the point of preferring it to other races. that doesn't mean you dislike other races or think that they are lesser. it's not any more racist than my saying that Japanese people are my favourite Asians.

nature must still find a way.

i think instead of race, culture. as no matter how open you are as a person, we will always lean towards familiarity, and if you grew up in a time or a place where you were solely surrounded by a certain culture, well, change will always be intimidating.
A

The field was in Kent Moz, not Surrey....(what with the Woking mention and your desire to see The Jam reformed I'm wondering about your apparent fascination with this part of the world). That line-up was awesome, and I was amazed how little publicity it received too.
A

Morrissey is a racist

reelfountain said:
The Jews who control our media need to start shutting the f*** up.

Especially if it's boiling hot

ForgotHowIGotMyName said:
"Any forum with little to no moderation becomes right wing." 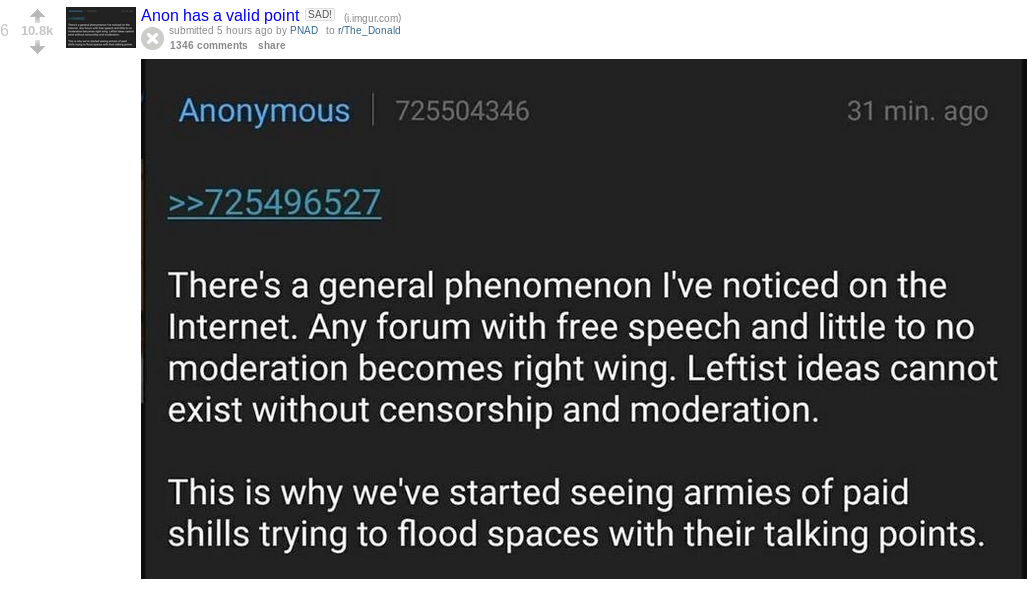 Summary
"Some pretty decent experts did a study that confirmed my biases and sorted people by race into categories that I feel to be accurate. It can't be racist though because Whites only came in third place." - @bhops
"Yeah but I've spent many years of study on this, so much so that it makes me very unhappy, and the dying White race is actually best because of personality traits." - @ForgotHowIGotMyName

The Truth said:
Some pretty decent experts
Click to expand...

I like how you are trying to act like you were not the origin of that meme. Don't try to act like that's been a meme all along. You said that totally straight-faced and expected people to take you seriously.

ForgotHowIGotMyName said:
I like how you are trying to act like you were not the origin of that meme. Don't try to act like that's been a meme all along. You said that totally straight-faced and expected people to take you seriously.
Click to expand...

It's a quote from bhops. I linked to it for you. He read some pretty decent experts. I think it's funny. I am sorry if this affects you in some way that causes you further sadness but I sent you a picture of two (white) kittens.

Edit: Okay, I switched it from "As I've read a couple of really decent ex-military intel analysts state these past few weeks," to "some pretty decent experts," so it's not actually a quote, but like most of what he writes the sheen provided by the extra words doesn't really affect the meaning or lack thereof in a measurable way.
Last edited: Jun 26, 2019
A

marred said:
So ten years on you still haven't sought out any help?
Click to expand...

It’s been hard to get that night out of my head, Adumb. The sight of your constantly spinning round to bark at people. lol

Anonymous said:
The field was in Kent Moz, not Surrey....(what with the Woking mention and your desire to see The Jam reformed I'm wondering about your apparent fascination with this part of the world). That line-up was awesome, and I was amazed how little publicity it received too.
Click to expand...

Would've been a heck of a show to see.
Moz, Iggy and The Stooges, Lou R. and Patti Smith.
Ya really seen a good one.
You must log in or register to reply here.