TTY: Cow Fights Off Farmer Who Is Trying To Steal Her Friend's Baby For Slaughter

Link from an anonymous person:

Cow Fights Off Farmer Who Is Trying To Steal Her Friend's Baby For Slaughter - true-to-you.net
12 December 2015

Gregor Samsa said:
Other animals can't go in to a store and buy vegan options, like we can.

"If animals can do it, then so can I" is such a bizarre argument.
Click to expand...

Yes, and animals usually hunt just what they need to be full and can go for some time with less food. One of the most shocking things is the overproduction of meat. In Germany we have warehouses full of meat which nobody wants or needs. Some of it goes to Africa eventually in frozen blocks, no longer recognizable as meat. They sell it on the streets to people who have no other choice and it makes them sick in the long run.
A

Ketamine Sun said:
Don't be an idiot, PLEASE THINK about what you're saying there above.

Humans are NOT living out in the wild(maybe you are?). Humans are no longer a part of that food chain.

I'll tell you if I was out starving in the wild and could not wait for a f***ing bean to sprout and couldn't live on just foraging, then I would be the fist to kill another animal before it or nature killed me.
Click to expand...

So the vegan on the pedestal is the one to set the conditions? Why? Because they assume they are morally and ethically superior which is TRASH. When a vegan eats a vegetable is that vegetable alive? No it is dead- killed to fill the vegan with life. The vegetable is as much a living relative to humans as a gentle daffodil swaying gorilla yet when the vegan rips it apart with their teeth they deny that they are filling their fat faces with 'death' as much as a carnivore. So out come the excuses - oh um um a yam is not a sentient being so it's fine for me to slice and dice it, guillotine it and garnish it to keep me ticking.

KEEP ON CHOMPIN' ON DECEASED VEGIES!

http://www.who.int/features/qa/cancer-red-meat/en/
"[I call] for every shade and persuasion … we shall always be alongside each other - everyone's culture of value."
- Morrissey, May 2019
2

At most, this shows processed meat can cause cancer. The info in the links says that the link between red meat per se and cancer has not yet been established as cause and effect.

What is the increased risk from eating moderate amounts of processed meat? That’s 50 grams a day, or about 2 ounces, roughly four slices of fried bacon, every single day, for your whole life. Drum roll please… 18%. Hmm. Bacon, 18%. Smoking, 900%. Your eyes should be rolling by now. Generally any time someone tells you a risk increase that is less than 100%, you can probably ignore it. Because risks that low are rarely significant compared to the kinds of risks you happily accept already.

This does depend, though, on the base rate. For example, smoking’s +900% is the increased risk of death, period. That’s bad. But bacon’s +18% is really only the increased risk of colorectal cancer. Not “of death.” By anything. Much less the cancer. But the base rate of colorectal cancer is already really small. If it were huge—like, say, anywhere near the risk level of dying by driving—an 18% increase would be a matter of some concern. It would translate into a lot more knocked off your average expected lifespan than a year or two. But this is not the case here. Even if all colorectal cancer were fatal (it isn’t, though it’s bad enough to suffer through it, so I’ll consider that fact of little concern to your calculations), you will almost certainly never get it. No matter how much processed meat you eat (unless you eat such prodigious quantities as to be self-evidently foolish).
Click to expand...

Writers on the storm

2-J said:
At most, this shows processed meat can cause cancer. The info in the links says that the link between red meat per se and cancer has not yet been established as cause and effect.

if moz says so why bother even looking for links. its scripture. LOL
ps if moz says there is such a thing as huma it also must be so.

Anonymous said:
if moz says so why bother even looking for links. its scripture. LOL
ps if moz says there is such a thing as huma it also must be so.
Click to expand...

Has Moz mentioned this? I stumbled upon it a few months back, in mainstream media.
"[I call] for every shade and persuasion … we shall always be alongside each other - everyone's culture of value."
- Morrissey, May 2019
P

any further annotations /remixes will be from the secretary/archivist.thanks to all who assisted in this #debunkmorrisseyproject.
contact may be made with the authors of this online art installation for so long as this site remains visible on the world wide web. However, that does not mean that a reply should be assumed to be forthcoming.
the art collective formerly known as "brummieboy"
Click to expand...

Could you please use a larger font size?? Thank you!

Poet said:
Could you please use a larger font size?? Thank you!
Click to expand...

Last edited by a moderator: May 15, 2016
Enjoying Morrissey's fall from grace into ignoble ignominy! 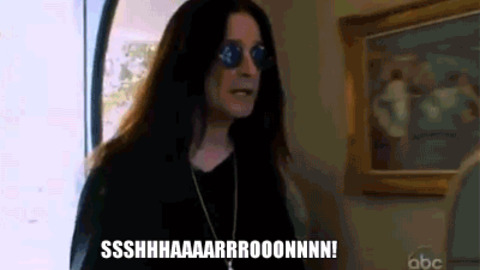 Anonymous said:
Wow, I hope that it makes you feel good that your cat/dog has a better life than a human child.
Get your priorities straight. Sometimes I think that dog/cat owners are the biggest lunatics. They treat their pets as kids, but won't pick up their shit on a sidewalk.
Click to expand...

Hahahaha!
​
You must log in or register to reply here.

TTY: Bombing Syria Is None Of Your Business - art piece by Sam Esty Rayner
5 6 7