Morrissey recently released "World Peace Is None of Your Business," the lead single from his album of the same name that comes out this week. It's a stark reminder of how scathing, clever, and humorous Moz's lyrics have been over the years. The title track exemplifies the man's penchant for cynicism, sarcasm, and challenging the establishment, which has earned him a place in rock history, along with his smooth, sultry baritone and signature quiff. With the release of Moz's 10th solo album on the horizon (it comes out July 15), we take a look back at some of the controversial English crooner's most scathing and sarcastic lyrics over the course of his 25-year career as a solo artist, as well as his time as chief lyricist and frontman of the influential '80s band the Smiths. — Laura Ferreiro


This classic tune from Morrissey's first post-Smiths solo album proved that he would fare just fine out on his own. Catchy, pithy, and downright funny, "Suedehead" sees the protagonist reflecting on the demise of a relationship and all the mixed emotions that go with it. There's even a stolen diary filled with illustrations. Scandalous! Only Moz could make the words "I am so sickened now" sound gorgeous, and then launch right into "It was a good lay" without batting an eyelash. And so it should be.

2. "Margaret on the Guillotine"

Former British Prime Minister Margaret Thatcher was a polarizing figure, to be sure, and Moz has never hidden his animosity for the conservative politician known as the Iron Lady. This song from Morrissey’s debut solo album actually goes so far as to wish for her death… over and over again. As a result, British police launched an official investigation into the singer. After Thatcher's death in 2013, Moz published a scathing letter about her, proving that he can seriously hold a grudge.

This tune is reportedly one of Moz's favorites. Seemingly about a disabled child, it deconstructs stereotypes in typical Moz fashion — shocking and challenging our beliefs by calling the poor child twisted and ugly. It's also a serious rocker.

OK, Moz — now you've gone too far. Joking that you're going to bash someone's head in is truly morose. Or is it? This song's meaning has been disputed as long as it's been around (nearly 30 years now, yikes!), and many theorize that Morrissey himself is the protagonist, referencing himself as Joan of Arc and illustrating that he's a tortured artist who isn't afraid to show himself — warts and all — to the world. The song's shockingly violent opening lyrics, which Moz songs like a lullaby, are unforgettable.

The pop world has never known a sad-sack quite like the protagonist of "Heaven Knows I'm Miserable Now." No matter what good fortune is bestowed upon him, Moz ends up, well, miserable. It's a tuneful illustration of the old axiom, "Be careful what you wish for."

6. "We Hate It When Our Friends Become Successful"

Lyrics: "We hate it when our friends become successful/Oh, look at those clothes/Now look at that face it's so old/And such a video/Well, it's really laughable/Ah hahahaha."

This tune exemplifies Morrissey at his petty, catty, green-with-envy best. He makes no bones about resenting his friends' successes, and proceeds to mock them and tear them down, eventually setting out to destroy them. He goes so far as to say, "It should have been me" — an interesting, ironic twist to be sure, since Moz is the one who actually did become hugely successful.

Lyrics: "The more you ignore me, the closer I get/You're wasting your time/Beware! I bear more grudges than lonely high court judges/When you sleep I will creep into your thoughts/Like a bad debt that you can't pay/Take the easy way and give in/Yeah, and let me in/IT'S WAR."

In this clever tune about an insidious stalker, Morrissey warns that if you ignore the song's protagonist, he'll stubbornly burrow his way into your psyche "like a bad debt that you can't pay." Give in, he threatens, or you'll regret it. Creepy.

Lyrics: "Sheila take a, Sheila take a bow/Boot the grime of this world in the crotch, dear/And don't go home tonight."

This tune is so darn catchy, you may not even realize that when you're singing along, you're actually encouraging someone to give the world a good kick in the crotch. Released as a stand-alone single in 1987, the song quickly became a fan favorite, immortalizing mysterious, downtrodden Sheila in the annals of history.

Lyrics: "I'd like to drop my trousers to the world/I am a man of means (of slender means)/Each household appliance/Is like a new science in my town/And if the day came/When I felt a natural emotion/I'd get such a shock I'd probably jump in the ocean."

Leave it to Morrissey to give the finger, or in this case, drop his trousers, to the world with panache. This rollicking tune illustrates his ability to offer withering critiques of his hometown and the British monarchy, and romanticizes his now-legendary apathy. It's also a reminder of Johnny Marr's guitar genius, which was distinctive and brilliant but always let Moz's vocals shine through.

10. "World Peace Is None of Your Business"

Lyrics: "World peace is none of your business/You must not tamper with arrangements/Work hard and simply pay your taxes/Never asking what for/Oh, you poor little fool."

The title track from Morrissey's forthcoming album is as scathing and nihilistic as its title suggests, but in true Moz fashion, it's disguised by gorgeous, lilting instrumentation and his deadpan delivery. The song's political theme and unforgiving lyrics offer substantial proof that Mozzer's razor-sharp wit hasn't dulled with age.
Last edited: Jul 12, 2014 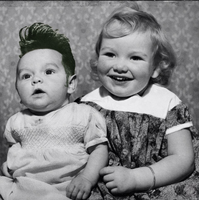 Tuesday at 4:41 AM
raskalman
R
M
NME article hinting at the queasiness of being a modern-day Morrissey fan

The Origin Of Morrissey Dissent
5 6 7