"Yes, Morrissey is an idiot. Listen to him!" - Spex (German) 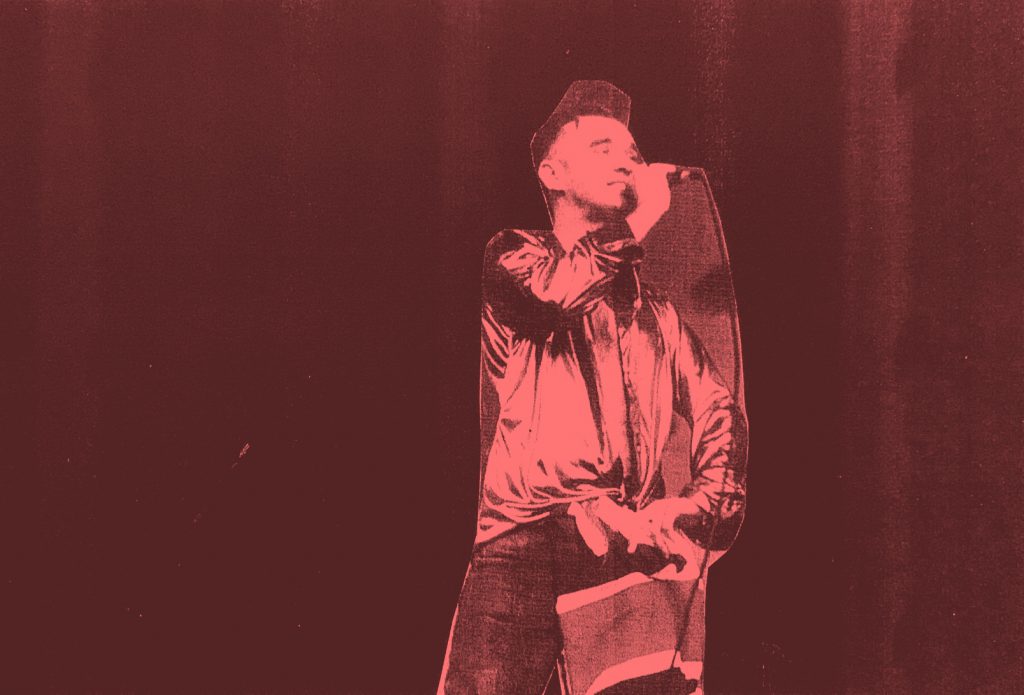 Yes, Morrissey is an idiot.
Listen to him!

As with all Google translated articles - please be receptive to the idea of a high mistake rate.


Morrissey has once again appeared with right symbols and continues to spread gross nonsense. Thanks for that! Because this exposes how self-righteous the supposed rebellion of the right is.

Let's just say it out: Steven Patrick Morrissey is a pitiable dork. And yes, he has always been. Even in times of his ex-band The Smiths. Therefore, it is only to be welcomed that the now 60-year-old is now facing the backlash he has earned for at least 20 years.

Anyone who still had any doubts about Morrissey's idiocy has been taught a lesson at the latest in the last twelve months. He recently appeared on Jimmy Fallon's The Tonight Show with a For Britain pin on his jacket. Do not you know? It is an ultra right-wing party that even likes to brand Britain's boss Nigel Farage as "Nazis and racists." Morrissey not only supports For Britain on stage, but also on his official website. It is the only party that could stand for the safety of Britons, it says.
As a result, a number of record stores, Morrissey's latest album, the famos bad cover plate California Sun , began to take off the line. And the Liverpool railway company Merseyrail had all Morrissey advertising posters removed in their trains and stations. OK then.

But why only now? Not only since Morrissey scarcely a year ago denounced the first Muslim mayor of London, Sadiq Khan, that he does not speak proper English, and about the (in Cambridge trained) Black British parliamentarian Diane Abbott said that not even the supermarket chain Tesco hire them In fact, there could no longer be any doubt about his political convictions.

In fact, the list of Morrissey's right-wing to radical statements is long. As early as 1986, shortly after the release of many of the best Smiths albums The Queen Is Dead , he gave the British Melody Maker an interview in which he fabulated an alleged black music conspiracy . He hated black music wholeheartedly, he wrote.

Two years later, his solo debut Viva Hate released a song called "Bengali In Platforms," a story of failed integration. The chorus: "Life is hard enough when you belong here". 1992 Morrissey released on Your Arsenal then "The National Front Disco" and stood by obviously right skinheads flanked and the Union Jack (front C ool Britannia !) Swinging on stage.

In 2007, in an interview with the NME, he complained about a perceived loss of British identity and immigrants in general. In 2013 he publicly celebrated Farage and his right-wing populist UK Independence Party (UKIP). In 2016, a song of praise followed the EU referendum and the following Brexit. And in 2017 the allegation that the board election of UKIP had been manipulated to the disadvantage of anti-Islam politician Anne Marie Waters. Not to mention also: Morrissey's wayward remarks to me-too debate over the mirror in which he defended Harvey Weinstein and Kevin Spacey . And Berlin referred to as "rape capital".

Taken together, these cases speak a clear language. The argument that fans like the music industry like to argue for decades that these failures are clever smoke candles is no longer valid. No, Morrissey is not a freethinking intellectual who stands above things. The burden of proof has long been too great for that.

This is of course a bitter insight for fans. Because the cultural importance of the Smiths in the eighties is undisputed. For many eyewitnesses, and also for future generations, the band was more than a band. She was an anchor, a source of identification, often a rescue. Because never before had someone audacity, anxiety and tenderness set as pointedly as the duo Johnny Marr and Morrissey. Anyone who has suffered the mental upheaval of growing up since 1982 was certainly in some way in contact with the Smiths - or their influence.

Morrissey was the friend who did not ask, but understood. And one who allied with the weak and marginalized in the 1980s. The radical left positions represented. The Critically Critical ("The Queen Is Dead") showed abhorrence austerity ("Margaret On The Guillotine"). And who campaigned for the rights of animals with all his might. This friend chooses right now. He supports inhuman positions. That leaves a gap, sure. That's it. Bye, Steven.

Still, it's important to talk more about Morrissey's descent. In fact, in one discipline he was always one of the best: interpreting the signs of the times. Over the years, it became clear that Morrissey is a clever narcissist. One who always knew how to embody the anti-establishment out of a painful pose - and put himself at the center of it.

In the early years, when the zeitgeist was still dominated by dominant masculinity, Morrissey rebelled with exalted delicacy and androgyny against the macho imperative. Especially the early stage appearances with the Smiths, in which the singer wagged as a fictional character between consumptive James Dean and schoolyard outsider with gladioli, are to be understood as a performance against the men step-peppered rock music of those days.

However, this break-up of the conditions was quickly no longer cutting edge . The establishment caught up. And Morrissey overtook on the right. It is no coincidence that his flirtation with fascist motifs began just at a time when tender synth pop, as originally influenced by the New Romanticism before the Smiths, was at the height of its success. Androgyny was mainstream and embodying the anti-establishment meant more and more in Morrissey's worldview to glorify the image of a strong man.

This increased in the course of the nineties and found a first climax in 2004 when Morrissey posed on the cover of his seventh album You Are The Quarry with a mafia submachine gun. Delicate was nothing here anymore. Instead, at least aesthetically, masculinity and tradition stood in the center.

It is all the less surprising that Morrissey drifted more and more in the direction of crude theories and right-wing populist slogans over the past five years. You know: left-liberal mainstream, correctness terror, state broadcasting and similar quark.

Rebels without a cause with fascist fantasies

It is frightening how congruent that is with the dynamics in Western societies. Like Morrissey, an increasing number of people see themselves obliged to fight against a supposed left-wing monopoly of opinion. This is, of course, sheer nonsense, but at least so popular that the concept of rebellion as well as the fight against the establishment have meanwhile been almost completely seized by rights.

In other words, the powerful symbolism of system combat is right today. And with it the cool anti-attitude that once bound young people to leftist pop phenomena. In order to be aware of the extent, a glance into the shadow worlds of social media is sufficient, where on new platforms such as Tik Tok or within Politigram, the political subculture on Instagram, people between the ages of 14 and 18 mainly spread right-wing theories. Rebels without a cause , you could say. Just with fascist fantasies.

Now, most of them probably do not know who Morrissey is. But that does not matter. More importantly, this man has evidently identified a major weather situation that allows him to trumpet his points of view unfiltered into the world. This may be sad from a music-historical perspective, but it also holds a chance.

Because Morrissey is undoubtedly a person that is important to many people. And that is still understated. His fans throw themselves for years on any critics of their idol like starving bloodhounds. That is unreflected, for sure. But few of them can be assumed to have a serious closeness to right-wing thought.

And so you can almost be thankful that Morrissey is visibly exposed to everyone. Because the second thing that he can do better than most: Show how crude the arguments, how flawed the logic and how self-righteous is the attitude behind the self-proclaimed rebellion.

Always there, where the wind was just cheap

Two examples suffice. Morrissey has been chronically agitated over "the media" for decades. It was lied and twisted, above all, of course, as far as his person was concerned. After he gave the NME said interview about the British identity about 2007 and wanted to publish this, shot Morrissey with all available weapons against the magazine and the interviewer Tim Jonze. Despite several statements, he could never prove that wrong quotes were used.

Even better in 2016, when the mirror released its Los Angeles-led interview. Once again, Morrissey claimed to have been misquoted to discredit public mirror (and SPEX) author Juliane Liebert, who was exposed to a shitstorm of his fans. Until the magazine published the recording of the interview - and all the quotations in it coincided with the printed version.

This contradiction runs basically through the entire career of this artist. Whether politics, interpersonal relationships or personal principles, Morrissey has always been where the wind was good. For himself and his ego. And that too is strikingly congruent with the New Right.

So if you follow the path of the public person Morrissey, you can understand the developments of a whole society on a small scale. And learn that this is not a revolt against any establishment, but the satisfaction of a collective martyrdom syndrome. Not a rebellion, but the weeping of a fictitious yesterday.

Therefore, if Morrissey means something to you: If you like listening to his music, continue to consider him an idol. But please, listen carefully. And in spirit with his brothers and sisters.

Another article that takes a strong view with the usual historical and topical references.

If any of our fluent German friends could check the translation for glaringly obvious mistakes - it would be appreciated.

Spex is an old music/culture publication that has now come back to life.
They mention Juliane Liebert as being a contributor to Spex - the Der Spiegel interviewer.

Make of it what you will.
The barrel feels like it is being firmly scraped at this point with regards to this type of thing.
Regards,
FWD.
Click to expand...

Stephen Hofmann said:
If you think freedom of speech still exists in the UK then you're way off the marker.
Click to expand...

Morrissey can say what he wants to say. If there are record shops who don`t want to sell their records and stations who won`t play them it is not something that is the law. It is the decision of individuals. My English friends never said anything like "we can not express our feelings".
K

Stephen Hofmann said:
If you think freedom of speech still exists in the UK then you're way off the marker.
Click to expand...

And by the way; if you think freedom of speech does NOT exist in the UK then talk to someone who grew up in the GDR! You must be joking!

klaudrey said:
And by the way; if you think freedom of speech does NOT exist in the UK then talk to someone who grew up in the GDR! You must be joking!
Click to expand...

The record shop stunt was a real shitmove if i've ever seen one. So stupid. She's braindead.
You must log in or register to reply here.