Difference between revisions of "Thelma Houston" 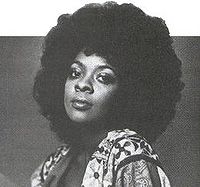 Q: Several artists have recorded versions of The Smiths or Morrissey. Have you had a chance to hear some? What is your opinion about them?
A: Of my solo songs, there are versions of Nancy Sinatra, David Bowie, Chrissie Hynde, Marianne Faithful and Thelma Houston. I kneel down every day and thank God, because it goes beyond my dreams. David Bowie took me one night to his studio in New York and played a version of one of my songs. I cried for a week. Of anything for what I have prayed in my life, I never imagined that I would be given so much