Morrissey, interviewed by Infobae: "David Bowie abandoned talent and vocation in 1980"
Before the start of his tour of the region, the charismatic and talented English musician spoke with Infobae Cultura about his way of composing, his upcoming tour, his rejection of the post-80 Bowie and announced that he will release a new album composed entirely of covers

Morrissey: "Current feminism does not help our societies and makes masculinism retaliate" - Culto 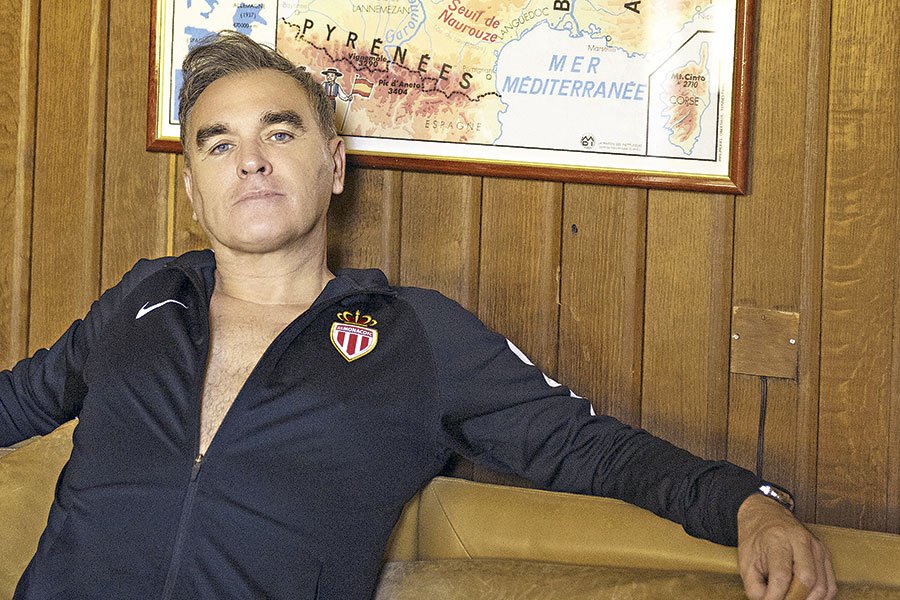 I will preface this article with a couple of caveats: firstly, it has gone through translate and secondly, context and details are lacking. It should be noted that the title is part of one question asked and not the main topic - it is a bit misleading. Only a few questions with lots of commentary/background.

Morrissey: "Current feminism does not help our societies and makes masculinism retaliate"

Click the spoiler to see the full article in Google translated English:

Morrissey: "Current feminism does not help our societies and makes masculinism retaliate"

How does a celebrity adapt to the times? Probably not being Morrissey, who, true to his style and before his return to Chile, shoots against modern feminism, the English press and "the culture of the negation of the left".
Last month, an indeterminate number of English self-styled "former...
Featured
Continue…

Cheese rolling, pigs intestines and the “final beheading” - a new Australian Morrissey interview for This Is Morrissey’s release here:

Across both his solo career and albums with The Smiths, Morrissey’s musical legacy is substantial.
Featured
Continue…

new M interview can someone translate?

Translation posted by Ryan in the comments

This is Morrissey: An Interview by Fiona Dodwell - Tremr

This is Morrissey: An Interview by Fiona Dodwell - Tremr
June 5, 2018

When I penned my recent piece, 'Morrissey: The Great Unfiltered Artist' it was my aim to shine a light on somebody who I felt was at times misunderstood, and to attempt to question what we were 'sold to believe' (as I feel we always must when faced with a heavily biased media). Morrissey very kindly agreed to an interview with me. I came away from his responses having a greater sense of the man himself, and of where he was coming from - his words often insightful, at times humorous but always honest. For that, I thank him.

Here is the interview in full.

There Is A Light That Must Be Switched On - Morrissey talks to John Riggers Apr. 2018 - M. Central

A huge interview - brace yourselves. Bowie, politics, animal welfare, more politics...
Album underway... Possible gigs (Austria/Finland) in July and much more:
(copied here in full incase it vanishes and as it's easier to read).

JOHN: Thanks for talking to me because I know you don’t talk to the press anymore. I can guess the reasons why, but can you explain them now?

MORRISSEY: Yes. There is simply no point. They don’t print what you say, and they print what you didn’t say. There’s hardly any point in me being there! The function of reporting has disappeared. Now, all journalists are megastars and the only aim of their interview is to express and establish their own personal views, and to hell with whatever the interviewee says.

JOHN: So why have you agreed to talk to me?

MORRISSEY: Because you’re not from The Guardian. Unfortunately, the pictures have been subject to FB's image compression.
Photo by SER. Interview by J.Beviglia (who I believe writes for American Songwriter Magazine).
Regards,
FWD.

FYI- the interview is from the current issue of American Songwriter magazine, the “Legends” issue!
Featured
Continue…

Post Whatever You Are Thinking At This Very Moment
What about smells? I'm getting ripe.
4 minutes ago
Light Housework
Predict the title of Morrissey's next album
I still love him and will always love him :thumb:
8 minutes ago
skull
“Everyone Is Horrid Except Me (And Possibly...
I don't know. 😯
30 minutes ago
Light Housework
Morrissey's Catholic Gifts
Today at 1:35 AM
Peanut
What song are you listening to right now?
Today at 12:00 AM
SER Twitter: "May 22… Should I open the...
Unless it's Moz singing "Boy with the Thorn" and feeding photos of...
Yesterday at 11:27 PM
Amy