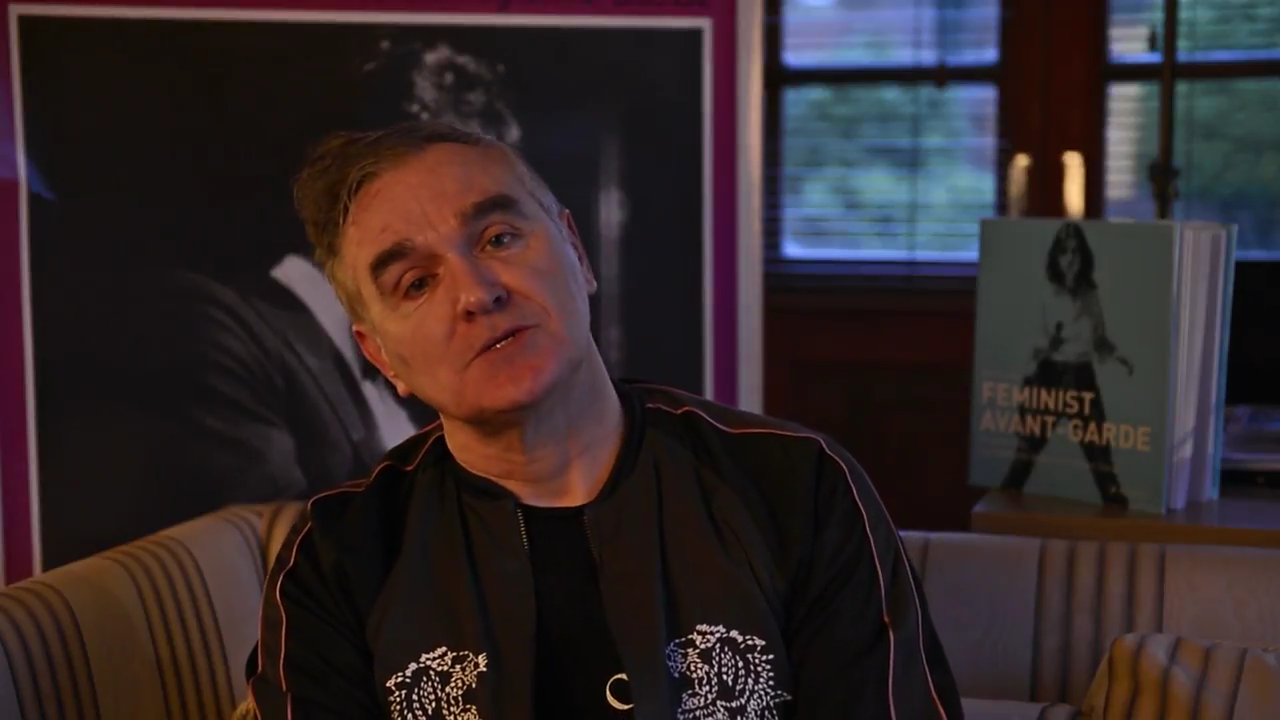 This is definitely a never seen before, direct to camera discussion from Moz.
Chart position, Der Spiegel, questioned by the American Secret Service as a result - possibly no free access to the US!?
"Whatever will be in 2018 will be..."
Regards,
FWD.

Morrissey on Politics, David Bowie, What His Fans Taught Him - interview in Rolling Stone

Morrissey on Politics, David Bowie, What His Fans Taught Him - Rolling Stone
The outspoken songwriter also talks lust, adolescence, "animal slaughter" and why he doesn't vote 
Talking about Hollywood scandals - should be fun
He's interviewed by the person recently pictured with him:
Regards,
FWD.
(Well predicted Brummie).
https://www.thetimes.co.uk/magazine...s-kevin-spacey-and-harvey-weinstein-07bj7f87q

A slightly different version of the interview (Excerpt before paywall via Google Translate)

"Morrissey praises the Brexit referendum, defends Kevin Spacey and calls Berlin a "rape capital" because of its open borders. seriously?"

Whether the Briton Steven Patrick Morrissey, 58, a musician just Morrissey calls, now Genius is or Schrat, self-actor or choleric poet, will probably never settle final. Certainly the man from Manchester, who became famous in the eighties as a singer of pop band The Smiths, is a great eccentric of pop. Whether concert or interview, he maintains the pose of the diva. The meeting took place on the occasion of his new album "Low in High School" in Los Angeles; It was arranged...
Featured
Continue…

Morrissey interview in Billboard - new album, police brutality, why music Is 'like a dating service' 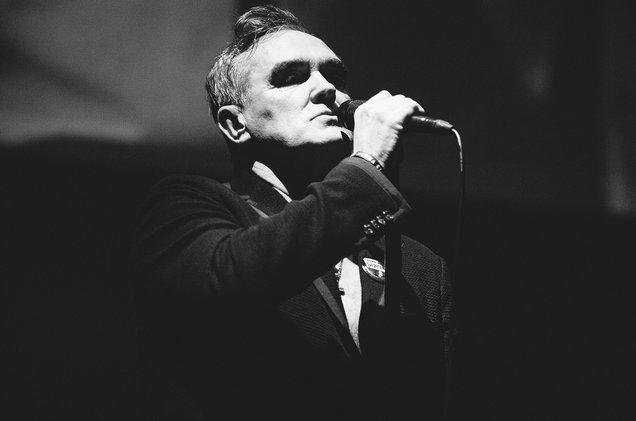 On Nov. 17, Morrissey returns with Low In High School. As the cover artwork – which shows a young boy standing in front of Buckingham Palace toting an "axe the monarchy" sign as well as an axe – indicates, the former Smiths frontman hasn't mellowed with age. In fact, Low In High School is one of his most political musical statements in an already outspoken career, tackling everything from blood-for-oil wars to resistance to corporate media over the course of 12 tracks.

Ahead of the release of his 11th studio album (and first since 2013's World Peace Is None of Your Business), Morrissey answered a few questions from Billboard via email about his new record label Etienne, the kid on the cover of his LP and why...
Featured
Continue…

Inside the head of... Morrissey - Daily Mail 'Who would I like to say sorry to? Myself. I put myself through torture': Inside the head of... Morrissey - Daily Mail

The Daily Fail with an 'interview' with Morrissey - zero indication of where or when. With him being very low key, it would have been nice for a bit of background.
Article by Olivia Buxton. 20th, May, 2017.

For those not wanting to give the rag any 'clicks':

Born Steven Patrick Morrissey in Lancashire in 1959, the frequently outspoken former Smiths frontman, singer and author turns 58 tomorrow. His bookish song lyrics were hailed as the finest in rock music, yet his novel ‘List Of The Lost’ won the ‘Bad Sex In Fiction’ award in 2015.

What is your earliest memory?

Being carried on my mother’s shoulders… up and down the living room… nothing’s changed since then.

What sort of child were you?

Perfect in every way.

What is the worst thing anyone has...
Featured
Continue…

Google Translate to English posted in comments below.
Featured
Continue…

America would be nothing without Mexico: an interview with Morrissey - Sopitas.com (Spanish)

S: What have you been doing in the last few months?

Morrissey: I've been following the total terror of Trump Trouble.

S: The world has been in shock for the past 12 months: Brexit, Hillary, Trump, Russia, but at the same time it feels as if we have forgotten the most important human problems, such as Syria, And more recently, famine in Yemen. Do you think we are all responsible for what is happening around the world?

M: No, but for the most part, every tragedy has something manufactured. Wars have to exist to justify the trillions of dollars spent on nuclear weapons and armies in general. It is politicians, not people, who start wars. They do this partly because they are sure that others are mysteriously willing to die for them.

S: You have a special...
Featured
Continue…

Post Whatever You Are Thinking At This Very Moment
I haven't been insulted in ages. Where is she? Has she blocked me so I can't...
15 minutes ago
Light Housework
It’s not about politics
:handpointdown: guess whos coming home to dinner? :handpointdown:
19 minutes ago
What song are you listening to right now?
:handpointup:
23 minutes ago
Morrissey Central "Because We Must" (May 14, 2021)
Rubbish
30 minutes ago
Morrissey A-Z: "Kiss Me A Lot"
Would have liked to have heard exactly what Morrissey told Sam his concept...
36 minutes ago
Ketamine Sun
Morrissey and punk rock
Dylan is punk, a lot of folk and country to me is punk, rebel music, songs...
Today at 2:56 AM
Ketamine Sun