Man, is he pissed off. Let the pettiness continue... 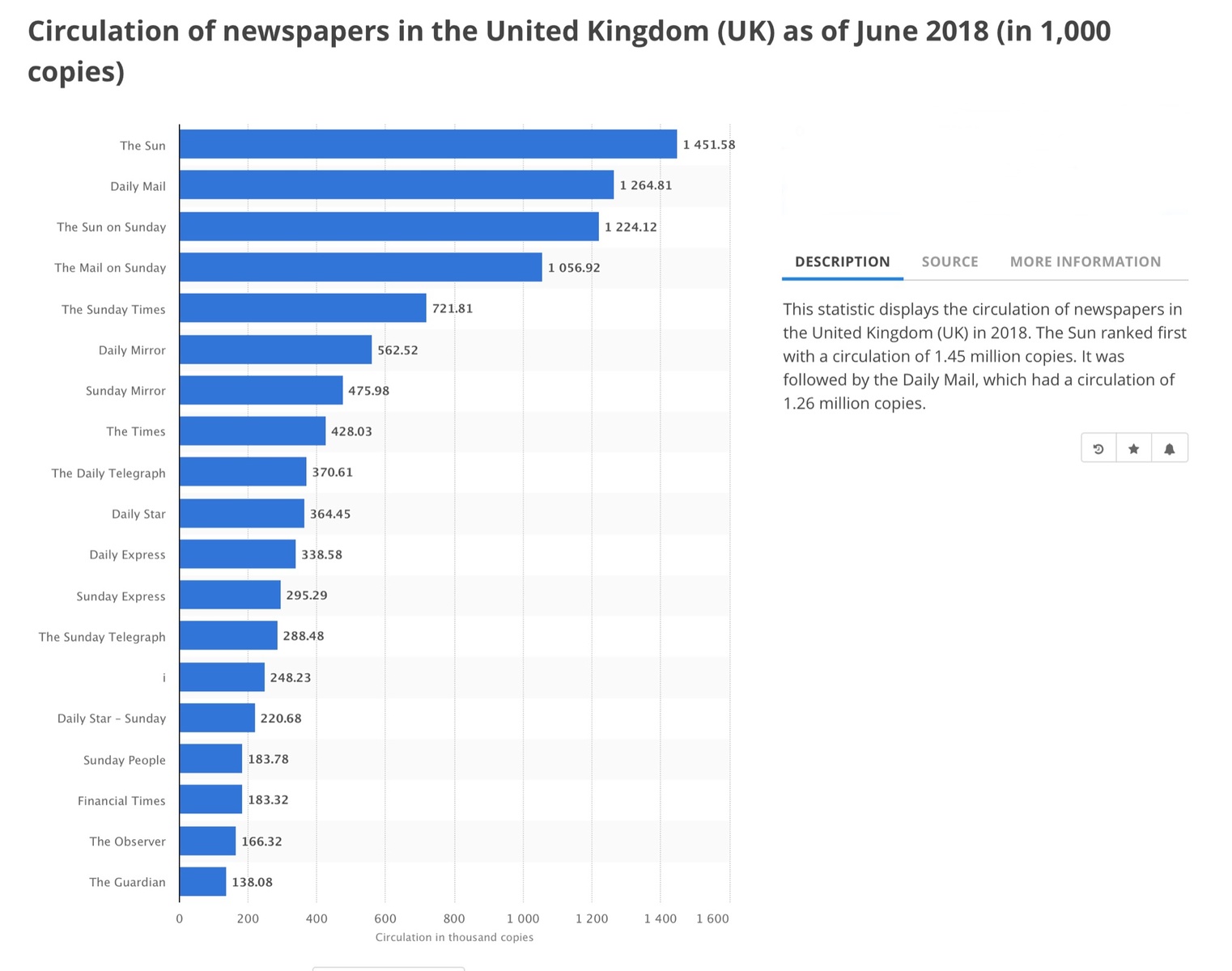 It's all good · From On the moors
Subscriber

stop me if you think that you've heard this one before... 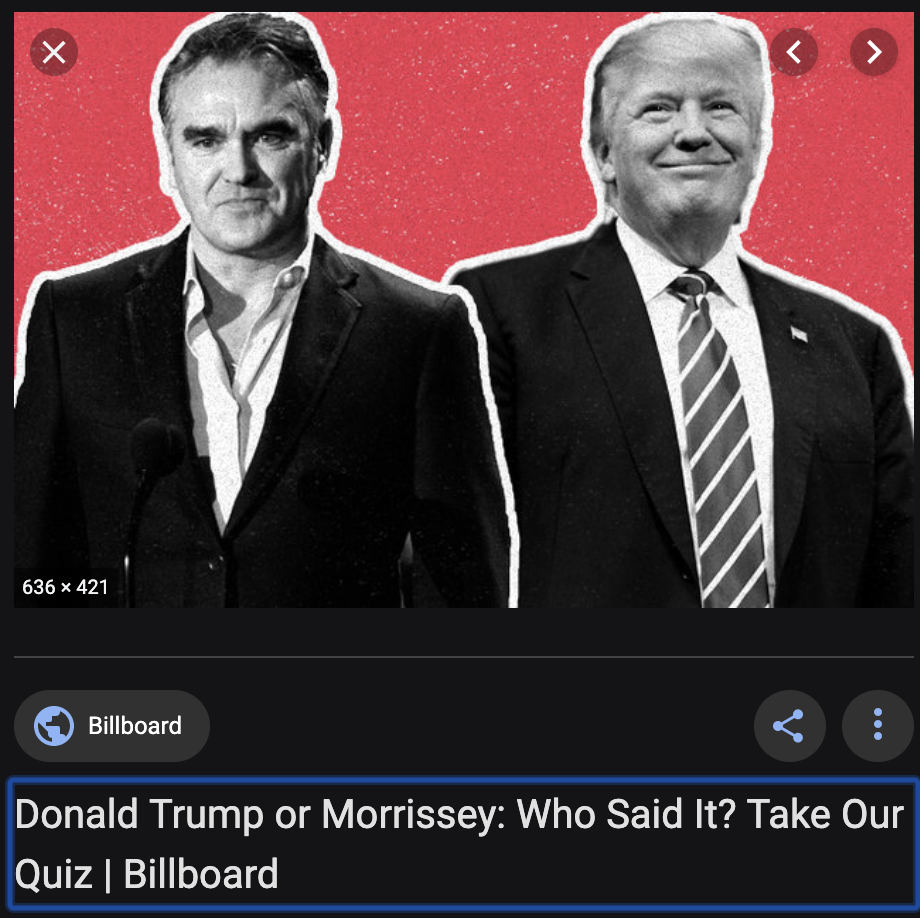 Things that don't sell much = bad.

Has Morrissey said anything about Trump calling Meghan "nasty," yet?

He wasn’t complaining when the Guardian gave him a glowing 4/5 star review for World Peace Is None Of Your Business, and even a very generous 3/5 for LIHS, which is actually a terrible, terrible album.
D

strangely enough, i can't see this latest post when i visit mozcentral, only through the link given. what i still see is "fans and albums." does it really exist?
A

Anonymous said:
Oh Peter, you wall-eyed buffoon...you really do make it very easy for us all.

The twat that keeps on giving...
Click to expand...

Coming from an anonymous fool, that's a bit below the belt, even for you, Michael x
S

A few observations. As I’m not working for Leave.EU I fully accept my thoughts won’t have a large audience but I was ever the outsider so hey ho!

1. Obviously any politician, pop star, footballer, film star or soap star who claims or implies “no one talks to The Guardian because they’re so evil and vile and horrid” is being somewhat economical with the truth.

2. What a truly hateful nation our England is becoming since 2016.

3. Would the U.K. really be a better place if everyone read The Sun and took pride in never buying The Guardian? Seriously?

4. Do we associate 1980s Sun readers with The Smiths in particular and indie music in general? I didn’t and don’t.

5. I know that at my school in South London, the boys I hung out with could barely read, didn’t read The Guardian, certainly had no truck with “progressive” values or “lefties” and would have avoided me if I’d been gay, at best, knocked me out at worst. I assume not one of the boys I hung around with at school is a Guardian reader today. Several of them have been to prison where, I assume, they gravitated towards The Sun, Mirror, Express, Star and Mail.

6. No footballer or soap star or hairdresser in England actually has to tell me that the people round my way tend not to read The Guardian - I KNOW! If I listen to the lads in their 20s screaming at each other at 2am in the park opposite my house I can kinda guess they don’t read The Guardian. I was walking home behind a young lad the other night who was bellowing into his phone his threats to beat someone up when he got in: “don’t lie to me because when I get indoors and I find out you’re lying I’ll knock you out”. Round my way, you won’t be bumping into many Guardian readers but you might get your head kicked in by a 19 year old man with the mental abilities of a 13 year old boy.

7. I would assume any working class woman with a showbiz background who goes out of her way to show me newspapers sales figures (“No one reads The Guardian, you daft lefties”) has some kind of a problem.

8. I wish England was better and less divided/broken than it currently is but I live with two Brexit voters who despise gay marriage and other “liberal PC nonsense’ so my belief is that England is going to get worse because these fairly reactionary forces are now incredibly confident that this is their time.
A

Anonymous said:
Guardian is the most influental newspaper in the UK. If you desagree then youre probably not from the UK
Click to expand...

If you disagree they'll come after you and try to destroy your character.
You must log in or register to reply here.