"Not one shy to express his own feelings, Bragg said: “I think he’s decided that he wants to betray everything he ever said in The Smiths and he’s broken the hearts of a lot of people.
The Smiths expressed a lot of peoples own sense of disconnect with society and helped them to find their own identity – and he’s totally trashed that. I’m heartbroken for them because I’m a big Smiths fan too. And I’m heartbroken for Johnny Marr because he’s genuine, a lovely guy, and he doesn’t deserve to have his legacy dragged through the dirt.”

In his most recent comments, Morrissey reaffirmed his support for a far-right political party and said more questionable things about race that are not worth repeating here but easy enough to find online if you really want.


Further to his recent Oswald comment, Mr. Bragg is cited by The Big Issue for saying more on his view of Morrissey's behaviour.
The Big Issue present things ambiguously, so when Billy actually commented is unclear (possibly end of May), but given his previous comments - I doubt he'd say anything different. 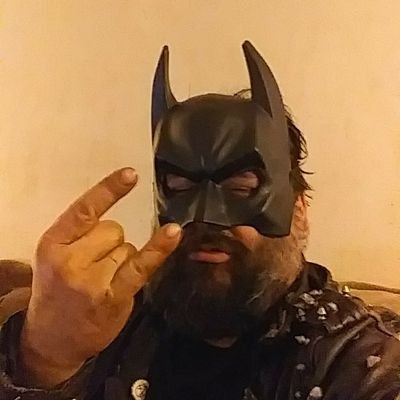 I can't listen to Billy Bragg records anymore after these comments,won't buy any more, giving them all to the charity shop.
A

Morrissey continues to speak for the disconnected without a voice who don't fit neatly into the latest constructed brackets of left and right, right and wrong.

Most indie kids of the 80's loved Bragg and bought into the whole right-on leftist thing. I always turned off when he got boring about Socialism and the Red Flag. I still cherish his love songs and things like Tank Park Salute but he says nothing to me about my life. Not anymore. Moz does, because he speaks the truth. Most of the time.

‘Johnny Marr because he’s genuine, a lovely guy, and he doesn’t deserve to have his legacy dragged through the dirt.”

It’s really Morrissey’s legacy to ‘wreck’ as he pleases. Though in actuality Morrissey is the only one of the four that is still carrying the Smiths torch of truth and unacceptable views.


The world has changed, Morrissey hasn’t.

"...to say the things he truly feels
And not the words of one who kneels..."
A

It’s really Morrissey’s legacy to ‘wreck’ as he pleases. Though in actuality Morrissey is the only one of the four that is still carrying the Smiths torch of truth and unacceptable views.

That's one heck of a tall statement there.

You can't wreck the legacy of The Smiths. Timeless tunes say so much (and 32 years ago was their end). Regarding Smiths band members, who really cares what their beliefs 'are' as old men? Also, I believe you truly have no idea what kind of person Joyce or Rourke is - what their beliefs are, and the truths that they may or may not 'carry' with them. Same thing with Johnny.

Morrissey has always been proud and outspoken about his views. You don't have to agree w/him, Bragg.

For Bragg to say something like The Smiths legacy is diminished, is a completely ridiculous thing. WILL NEVER HAPPEN.

Any person who got rid of their Smiths/Morrissey stuff because of his 'political views' is a COMPLETE jacka$$, with their heart on their sleeve. BUCK UP folks.

Oh, and the Smiths were more than just Morrissey, Ketamine. I do like you though. Keep posting
A

The new left, love Islam or else
A

This the same Big Issue that were cashing in not too long ago by putting Morrissey on their cover, and selling t-shirts, mugs etc. with the magazine cover printed on them?

England leadership is actively destroying the country with mass immigration. They recently put out a video of their plan to import thousands and thousands more from the more dangerous parts of Middle East and Africa.This is race replacement. Acid attacks are daily now and all these so called celebrities are quiet. They are owned so they can't speak truth.Billy is a coward while Morrissey and John Cleese are the only to celebrities speaking up for their country

He doesn't get that Morrissey IS STILL doing exactly that. Englishmen feel disconnected from their own country, the loss of their culture and identity. Morrissey is speaking for those people in society

If Moz had appeared on stage with a Fidel Castro/Che Guevara shirt he would probably be praised by many...

Love is music, the rest I really don't care....

Anonymous said:
The new left, love Islam or else
Click to expand...

This is a grossly myopic statement. I'm left -- I'm far-left, thank you -- and the apex of my belief is complexity. Slogans are always wrong. "Islam," like all word religions, is a vast set of ideas and people that can't be reduced to a slogan. Morrissey similarly argues against doctrinaire polarities.
A

Anonymous said:
This the same Big Issue that were cashing in not too long ago by putting Morrissey on their cover, and selling t-shirts, mugs etc. with the magazine cover printed on them?
Click to expand...

Yes. And your point is what exactly? It’s a magazine. It prints interviews. There is a clue in the word - “views” and in this particular case they are those of Billy Bragg.

It’s not hard to understand. Perhaps all this mental gymnastics in an attempt to excuse the utter drivel that Morrissey spouts makes it harder for you?

Billy is spot on. I'm torn, just like he discribes, torn like him and torn like the audience he describes. But it has to be said: I never specially loved The Smiths for the political views, but for something more abstract. Which by the way was lost, when Morrissey started to aim specifically at American gay men. Which is okay, only I found the ambiguity and romantic mystery more interesting.
A

Anonymous said:
This the same Big Issue that were cashing in not too long ago by putting Morrissey on their cover, and selling t-shirts, mugs etc. with the magazine cover printed on them?
Click to expand...

... and the same magazine that Morrissey himself cheered and gave interviews to
A

give all your money to the big issue youfascist

So, are people such as Billy Bragg going to say the same things about the Dalai Lama, who has made comparable statements recently, or, I should say, who has, like Morrissey, refused to retract statements previously made when he was invited to do so?

https://www.breitbart.com/europe/20...-donkey-stabbed-in-suspected-gang-initiation/
You must log in or register to reply here.

D
Billy Bragg: There's no way back for Morrissey
6 7 8

Billy Bragg on free speech, Morrissey, and the resurgence of the Far Right - GQ Magazine
20 21 22