You'll Be Gone / Suedehead / I Wish You Lonely / Jacky's Only Happy When She's Up On The Stage / My Love, I'd Do Anything For You / The Bullfighter Dies / Munich Air Disaster 1958 / When You Open Your Legs / I Started Something I Couldn't Finish / World Peace Is None Of Your Business / I Bury The Living / Back On The Chain Gang / If You Don't Like Me, Don't Look At Me / Spent The Day In Bed / Jack The Ripper / Who Will Protect Us From The Police? / Hold On To Your Friends / Home Is A Question Mark / How Soon Is Now? / Everyday Is Like Sunday / Speedway // Irish Blood, English Heart

Setlist provided by Famous when dead.

Uncleskinny said:
Because I HATE racists.
Click to expand...

So do I, and call out racism wherever I see it, but your contributions span beyond any helpful/reasonable critique.

You appear to criticise anything Morrissey does, which is fair enough, but belittle anyone who continues to enjoy him, and considering this is a forum for people who enjoy Morrissey it’s very tiresome.
U

Anonymous said:
So do I, and call out racism wherever I see it, but your contributions span beyond any helpful/reasonable critique.

You appear to criticise anything Morrissey does, which is fair enough, but belittle anyone who continues to enjoy him, and considering this is a forum for people who enjoy Morrissey it’s very tiresome.
Click to expand...

Playing the race card always kept up your sleeve really diminishes it and is why it is still there and nothing is done about it cause people focus on things that happen that have no bearing on peoples lives. People upset when some old fool is racist on a bus when at the same time big companies use racism every day to make people work for nothing.
That is why I hate socialists. Where are they and what have they done?

Moderator
SER is dropping hints about the Birmingham video on Instagram: 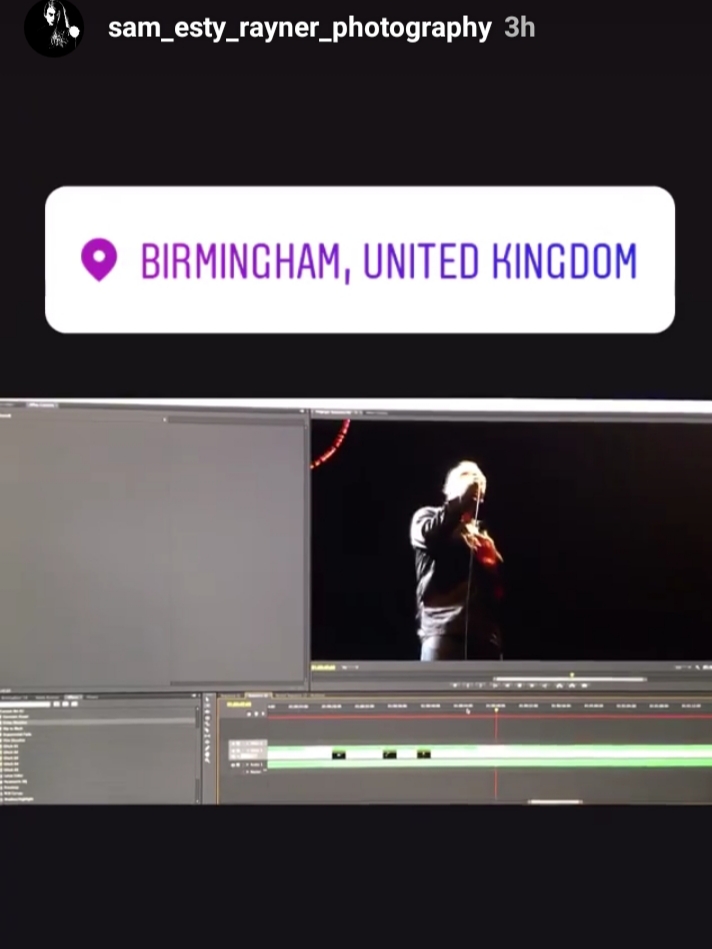 Regards,
FWD.
Some of us is turning nasty

Anonymous said:
For the same reason the older fans keep repeating that nauseating line "it takes guts to be gentle and kind" any time they receive messages they find rude, and obnoxious.

Morrissey has premised his entire persona on at being at least partially vicious, and aggressive in his assessment of others to the point of condoning violence. Many fans took those lyrics as some kind of fundamental principle in the Morrissey manifesto when it was just a sentimental ideal meant for the context of a particular song. Morrissey never emphasized that attitude in his public commentary.

The song is called: “I Know It’s Over”.
And describes, very beautiful, IMHO, the way he felt and it did resonate with a lot of people.

It is a song with music and lyrics and not just words or comments on what he said in the press. That is something completely different, interesting but secondary. Not primary.

I understand the phrase itself, “It takes guts to be gente and kind” can be seen as a “cliche” but it wasn’t and still isn’t for me. Not that I ALWAYS have the guts to be gentle and kind.
We’re not perfect. Nobody is.
Not even Moz.

But to realise, to be aware “it takes guts to be gentle and kind” is great and has everything to do with compassion and the ability to express it.

Of course the consequence is you show a certain or uncertain vulnerability.
Seen by many people as a weakness.
But that was the point of the phrase saying it can make you feel stronger.

Moz is very contradictory in his expressions or comments in the press.

By the way where does it is written, in which holy book, that he, or we should always be consequential? And even then why should I try to be?

If I don’t want to, I am not and he isn’t a politician making promises to people to gain power and when they have it they don’t need to fulfill their promises.

The song “I Am Two People” says it all.
I think he is more honest and reflective than any other pop/rock singer there is around.
"I love you Moz!" So when did you last see your psychiatrist, hmm?
"Yesterday. She said it was okay. She loves you too oo."

Moderator
SER: more than a hint:

Hopefully, we will have some soundboard audio to accompany it.
Regards,
FWD.
Last edited: Mar 9, 2018
Some of us is turning nasty

Just me testing something, not to worry.

I did answer this elsewhere for you:

Famous when dead said:
It is a surrealist film from the 30's - it has a few stories within it. This section features an artist being taken through a mirror in to a dream-like world. He ends up shooting himself in the head, but surviving.
From a previous post:
(quoted below, the images work if you click on them - they won't show if you quote them from elsewhere):
View attachment 43818

Click 'spoiler' to see the exact scene from the film:

View attachment 43820
This one? Yes, it was - the whole film is bizarre.
This image / footage appears after 'El Dedo's' image of sugar skull Moz.
It is from Jean Cocteau's very surreal (1932) 'The Blood of a Poet' (Le sang d'un poète).

The actor's name is Enrique Riveros Fernandez.
Regards,
FWD.
Some of us is turning nasty
U

Famous when dead said:
I did answer this elsewhere for you:

It is important to sneeze out loud to prevent your heart from stopping.
You must log in or register to reply here.