CT: You play Morrissey in England Is Mine. Were you a Smiths fan before you took the part?

JL: I listened to other music—I hadn’t listened to a lot of The Smiths. But, of course, when the script came along, I delved right into it, and I’ve not been able to stop listening to The Smiths and Morrissey since. Just like people are addicted to golf, people are addicted to Morrissey, and it was quite amazing to dive into that world. I’m obsessed with him now. We shot it in about five weeks on location, along the Kings Road [where Morrissey lived as a child in Stretford, Manchester], the Iron Bridge [Stretford; mentioned in The Smiths’ ‘Still Ill’], everywhere. It’s directed by a guy [Mark Gill], who grew up two or three streets from Morrissey, and there were people who worked on the film for free just because they’re obsessed with The Smiths.

CT: The film is about Morrissey before The Smiths, right?

JL: Yeah, it’s up until the day they [Morrissey and Johnny Marr] formed The Smiths. It’s not a period even diehard Smiths or Morrissey fans know an awful lot about, so we felt relaxed about that. On paper, it’s quite daunting to take on a guy like Morrissey, who’s still around, but the script was so beautiful. It’s just about this kid growing up in 1970s Manchester, seeing certain things about himself he doesn’t like or that he wants to improve, or seeing things in his surroundings that he thinks aren’t good enough. I related straight away to that feeling of wanting to do something different with your life.

CT: What was the key to finding Morrissey for you—to understanding who he was?

JL: In the script, there were a lot of situations he found himself in that I’ve found myself in. Sometimes you want a certain version of yourself to come across if you meet a certain person–if you meet a girl for the first time, or someone else you admire. Our Steven, as we refer to him in the story, is very much like that. He’s a typical teenager. It wasn’t that hard to get into the guy on the page, which took the weight off my shoulders a little bit. I guess it would have been a totally different experience if the film had been about The Smiths. That would have been harder to imagine than a film about a teenager growing up.

CT: Have you met Morrissey?

JL: No, I haven’t yet. I would love to, and I would absolutely love him to see the film. Obviously, it would be very hard for anyone to watch a film about themself—I appreciate that. I’ve only seen bits of it, but I really think it will be something special, whether diehard Smiths fans like it or not. You know, I don’t look anything like him…

CT: But you have Morrissey’s quiff when you play him?

CT: And there are references to his love of Oscar Wilde?

JL: Yeah. I read the books he read, and a lot of the music he liked and listened to it in the film. I think it’s a great testament to him. 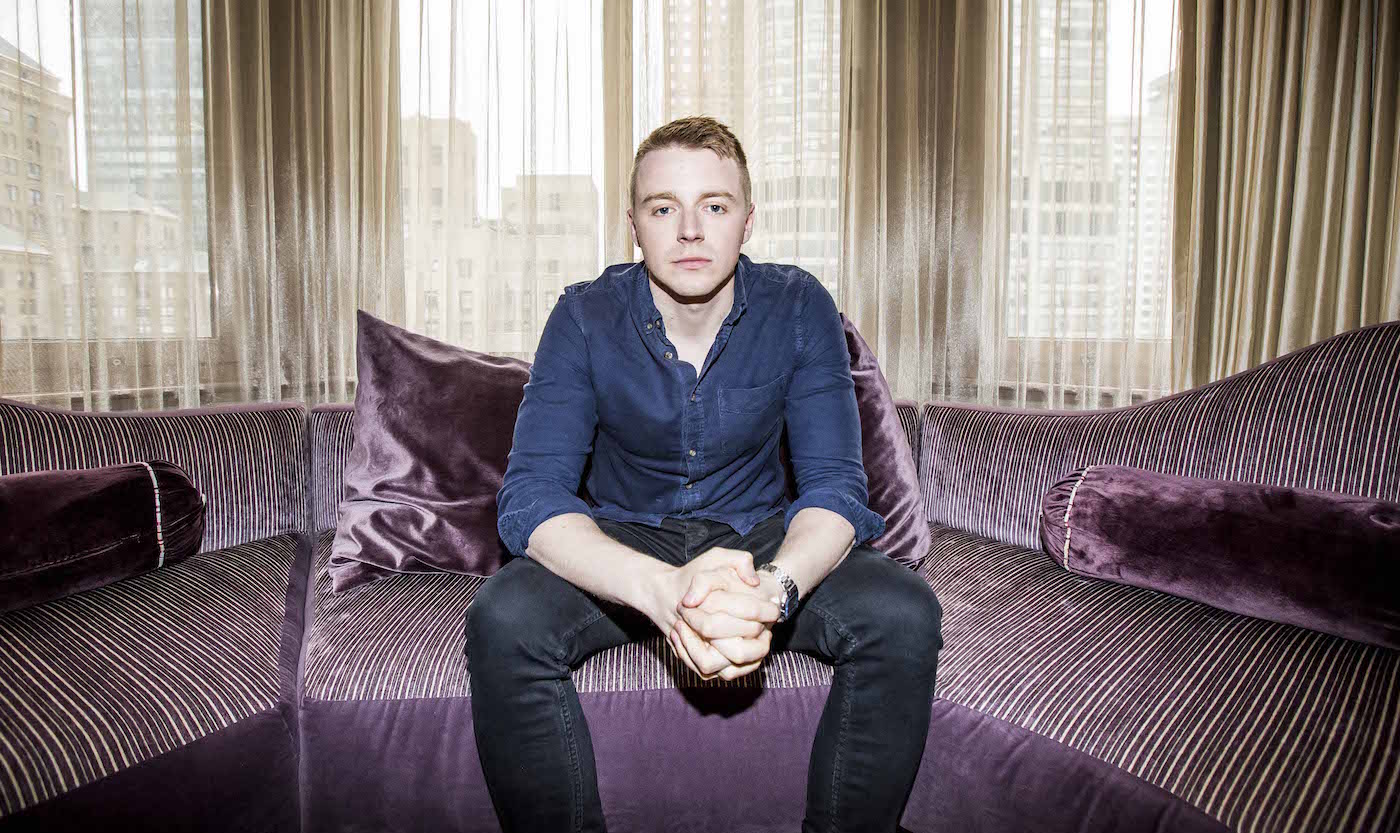 Link posted by an anonymous person:

Lowden may soon have trouble going incognito to his own local pub after his star turn in the wildly anticipated Morrissey biopic, Steven, which is set to premiere later this year. To audition for the role of the legendary Smiths' frontman, he had to send a tape of himself talking in the character of a young Morrissey, which did the trick because he got a callback a few days later. "It's about his early life growing up with a strong mother and sisters," Lowden says. "I could relate to that. There are such strong women in my life that there's no chance of me getting too big for my boots."
Last edited by a moderator: Apr 19, 2017
Click to expand...
A
Written by

it doesnt matter as an actor whether you look like someone it about finding the essence of their character,looking like obviously helps but I think real Morrissey fans will see glimpses of their hero in his performance,you can tell by the clip of his acting in ghosts that hes very talented.im looking forward to seeing this one more than England is mine.who would have thought we would ever have had three films about Morrissey,two down and jo brands the more you ignore me in the works,think this has Morrissey threads running through it rather than about him,im sure someone on here has read the book and knows more than me.
its not me its you.
A

Morrissey didn't have a quiff in the 70s. That's about the extent of the research. Pilgrimupnorth.

He is an Icon and he is a very happy man (at least when he is onstage, singing his heart out every night)

Can not wait for the movie though.
see you there.

Three films about Moz? Overkill. Think I'll listen to World Peace instead and catch those films on tv for free. I just couldn't be arsed watching someone's idea of Moz before The Smiths. Sure it will mostly he dramatised fiction in the interests of a 'good story'. Probably. I'll go to see the new Alien film or The Dark Tower instead

I have a good feeling about this. The actor seems pretty genuine and the project seems to have been carried out with a lot of respect.
"[I call] for every shade and persuasion … we shall always be alongside each other - everyone's culture of value."
- Morrissey, May 2019
A

Tribute would be nicer than testament.

The film about the Scottish Victorian working-class golfer who died at 24 sounds much more interesting.
Man hands on misery to man.
It deepens like a coastal shelf.
Get out as early as you can,
And don't have any kids yourself

Depressing. What can they know....

Although Steve lives half a world away in LA, I would think one of his high powered Beverly Hills attorneys would of killed all these attempts to make money off of him without his approval innnit. Blood wackers tit.
M

Anonymous said:
Morrissey didn't have a quiff in the 70s. That's about the extent of the research. Pilgrimupnorth.
Click to expand...

"CT: The film is about Morrissey before The Smiths, right?

JL: Yeah, it’s up until the day they [Morrissey and Johnny Marr] formed The Smiths."

AztecCamera said:
Although Steve lives half a world away in LA, I would think one of his high powered Beverly Hills attorneys would of killed all these attempts to make money off of him without his approval innnit. Blood wackers tit.
Click to expand...

Moz denies they tried to contact him about the movie.
The moviemakers did not confirm they did, but didn't deny it either.
Despite the promising efforts that seem to be made, I am a bit wary.
If they had ask his contribution, I can't believe he would turn it down. But he would have his mark on it. Wouldn't he?
So now there will be doubt about any of the implications, the details and so forth. Because Moz wasn't consulted.
"I love you Moz!" So when did you last see your psychiatrist, hmm?
"Yesterday. She said it was okay. She loves you too oo."
You must log in or register to reply here.

Jul 27, 2017
I_Am_A_Disco_Dancer
I
D
Outsideleft: Can "Shoplifters of the World" Live Up To The Myth It Was Inspired By?