Ketamine Sun said:
He’s still a anon. I believe he went with his son who wanted to go.

Can we expect anything less than a negative review from BBB no matter how good the show was?

Though it is still nice to see Benny supporting Morrissey and his views by voting with his wallet.

Heehee. Benny will only be happy if Moz pulls him from the crowd like Springstink did with Courtney Cocks in the Prancing In The Dark video.
A

Daddys Voice said:
What's the last word on the shirt? I can't see it on my screen.
I could imagine it's "Far Gone" or "Far Out".
? Thanks.
Click to expand...

I think it was 'forward'...am sure I saw it on another pic somewhere on here.

Daddys Voice said:
What's the last word on the shirt? I can't see it on my screen.
I could imagine it's "Far Gone" or "Far Out".
? Thanks.
Click to expand...

It was reported to be 'forward' by attendees and several images captured the 'for...' part.
Regards,
FWD.
Some of us is turning nasty

Famous when dead said:
It was reported to be 'forward' by attendees and several images captured the 'for...' part.
Regards,
FWD.
Click to expand...

An article that contains nothing awful ! About singing Half A Person in Leeds. 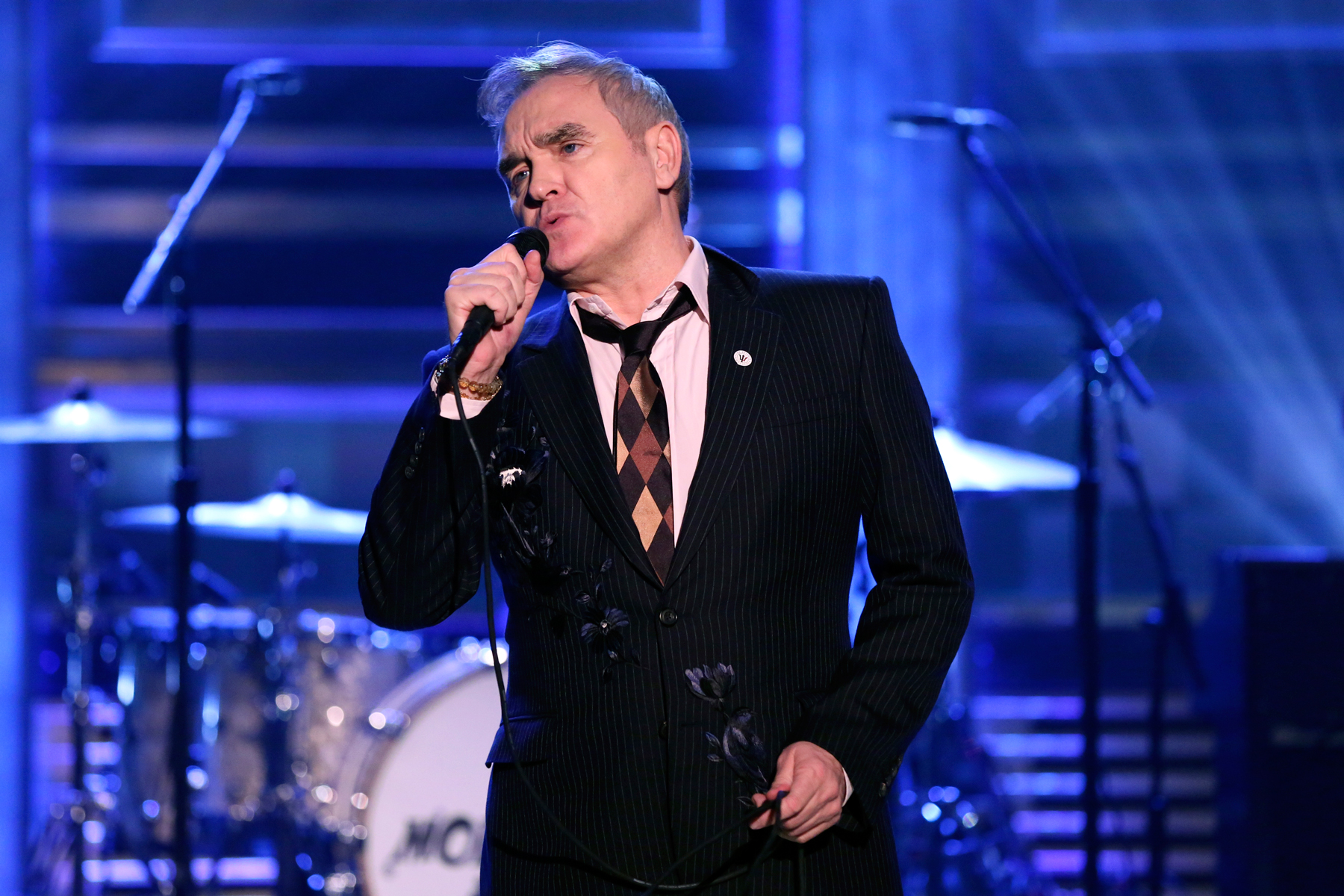 I thought Leeds was amazing and I must've been to 30 or more Smiths/Morrissey concerts over the years. I was there with my other half and my youngest son who, at 15, has discovered the music of the Smiths. This was his first real concert. Morrissey gives it his all. He was talkative inbetween songs and witty. His voice was amazing and I thought his choice of songs were from the heart and I think fans who've been around since the year dot understand completely why he chose them. It was moving to hear the emotion in his voice during "That Joke Isn't Funny Anymore" The new songs sound strong. I'm excited to hear the new album. If you don't like him, go and watch those reformed 80s bands who will play their limited hits for you because they never evolved. Morrissey is bloody amazing live. My son only knew a few of the songs and he loved the concert. I'm glad that he had the pleasure of seeing Morrissey for his first concert.
You must log in or register to reply here.

Jul 10, 2020
Janice
J
A
Telegraph review of the Leeds concert