Morrissey and Marr - 67: 100 Greatest Songwriters of All Time (Rolling Stone)

"I really believe he's one of the best lyricists there's been," guitarist Johnny Marr said about his songwriting partner in 1989, just after the Smiths' breakup. "I don't think anyone's got his wit or insight or originality or obsession or overall dedication." Together, in less than four years, the duo wrote more than 70 songs, with Marr working as arranger and producer and Morrissey navigating whole new worlds of misery and disaffection, often with much more wit than he got credit for at the time. Morrissey's lyrics went hand-in-glove with Marr's gorgeously-detailed melodies: the lilting car-wreck fantasy "There Is a Light That Never Goes Out," the Bo Diddley-in-space wallflower anthem "How Soon Is Now?," the homoerotic Afro-pop of "This Charming Man," the nouvelle vague folk of "Please Please Please Let Me Get What I Want," and on, and on, and on. The more you listen, the clearer it becomes that Marr isn't exaggerating. 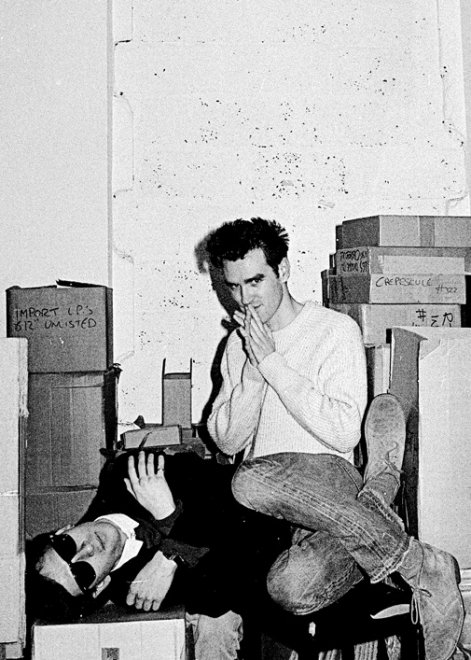 The songwriting partnership behind the Smiths was responsible for some of the strangest and most enchanted pop music ever. Tales of thwarted sexual longing wrapped in enigmatic literary references are carried on reverberating waves of sound. That indefinable something takes in kitchen-sink romanticism and a camp disregard for the everyday ('There's more to life than books, you know,/ But not much more'), but it always points back to true north, as in the classic How Soon is Now? - 'I am human and I need to be loved/ Just like everybody else does.'

The 20 greatest British rock bands of all time They might have inspired more terrible student bands than any other artist, but the Smiths remain one of the greatest bands Britain has ever produced. Morrissey’s unmistakable vocals and the chime of Johnny Marr’s beautiful guitar playing made them one of the most distinctive bands of the 1980s, and a hit with indie fans ever since. It’s almost scary to think that Marr formed the Smiths, released four incredible studio albums and quit the band all by the time he was 24: a staggering achievement at such an early age. 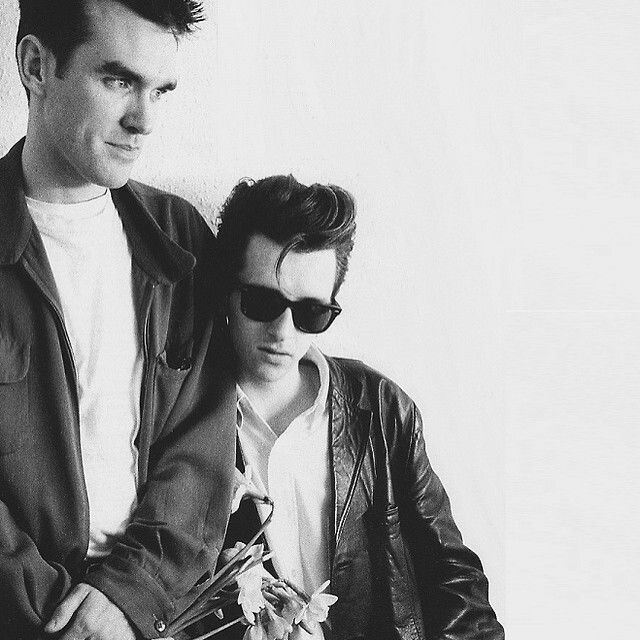 The 50 Best British Artists of All Time

11. The Smiths
Why: We’ll give you 10 reasons. The DJ may say nothing to you about your life, Morrissey, but you’re sure talking to us about ours.
Essential track: “Panic”

Also, via the link: The 10 Best Smiths Songs

100 Greatest British Songs of the 21st Century (So Far)

25. Morrissey – “Irish Blood, English Heart”
Penned with longtime collaborator Alain Whyte, this searing rock opus—found on 2004’s You Are the Quarry–was hailed as a massive comeback for the ex-Smiths singer, who hadn’t had an album out since 1997’s Maladjusted. Here, he digs into his own roots, and in true Moz fashion, reminds us that he’s not afraid of anyone. He guns for Oliver Cromwell, and the Labour and Tory parties with as much disdain and conviction as he’s ever had for the Royal Family, and it’s brash and a touch boisterous. Honestly, Morrissey has never sounded so badass. He delivers the line, “I will die with both of my hands untied” with such a sly snarl. At this point in his career, it’s Moz’s greatest hour since “Tomorrow.” – MacKenzie Wilson

The 56 greatest songwriters of all time

Morrissey/Johnny Marr
As with the best creative sparks, the songwriting partnership of Morrissey and Marr burned too brightly to last.

Marr laid a base of astonishing chordal work and technical innovation, while Morrissey's unparalleled lyrical barbs and dandified vocal delivery unified a set of songs that ranged from grandiose guitar epic How Soon Is Now? through to touching vignettes like Please, Please, Please Let Me Get What I Want.

https://www.musicradar.com/news/guitars/the-56-greatest-songwriters-of-all-time-580842
You must log in or register to reply here.

A
Is there a 'real reason' why Morrissey and Johnny Marr never worked together again?
2 3