"Morrissey and the Magic of Music" by Fiona Dodwell - music-news.com

Just saw this one on twitter. There's an article been put on music-news.com, Morrissey and the Magic of Music. It's by the woman who interviewed him before, fiona dodwell. I read it, she's interviewed Boz and Joe Checcarelli for it.

Morrissey and the Magic of Music by Fiona Dodwell - Music-News.com

An exploration of the artist's life & career...

This week, music legend Morrissey turns 60. It's almost impossible to imagine that the hands of time are able to touch upon the famous figures that we have come to revere, those people we have grown up with and admired, imitated and adored – they seem almost immune from the biology that governs us all, separated by the art and the fame that has served as a catalyst for that 'other-worldliness' they so often possess.

Steve Jobs once said, “Time is limited, so don’t waste it living someone else’s life.” If there is one thing that can be said of Morrissey, as a person and an artist, it is that he has very much made his life his own: there is no one comparable. Morrissey has become a notable figure in the music industry because of the impact he has made through his music and public persona. It's hard to imagine a figure who could be less filtered than Morrissey; something that drives his adoring fans onwards and his detractors to distraction. He won't change - and indeed, why should he? It appears nothing, to him, is worthy of compromise - if he believes in it, then he lives by it. 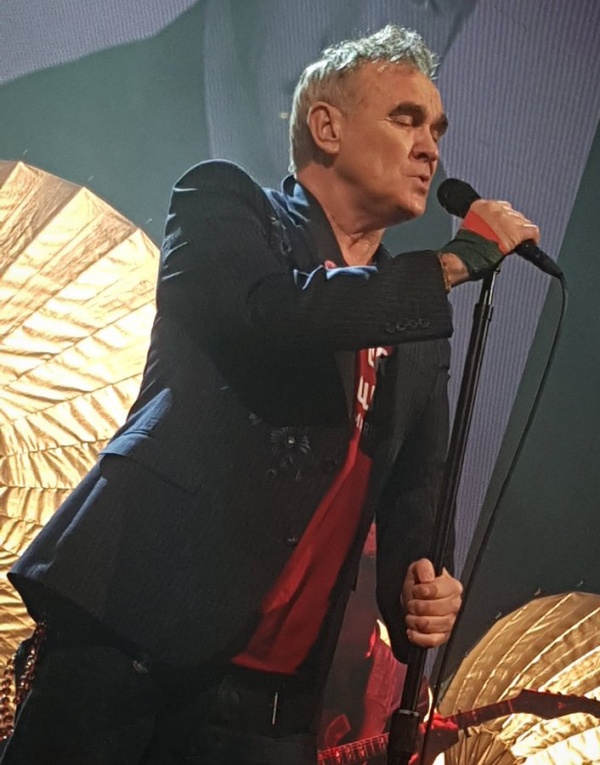 I firmly believe that this article was actually written by mad UncleSkinny.
A

I only got part way through. I simply cannot be doing with sycophantic mouth dribble. It adds no value to any serious sphere of knowledge. Listing other fans who having little else to add is just fudge.

Subscriber
I called this two weeks ago...

ordinaryboy86 said:
Why would anyone troll through months and months of marketplace & collection threads just to leave a petty thumbs down.
Click to expand...

Why would you want to talk shit about me in this thread (which has been moved by Davidt) and another recent thread, they are both threads that I didn’t even post/comment on yet, or rate on.

YOU started this shit first.

Subscriber
This laughable encomium is notable for actually having no fresh words from the man himself in it. Which is odd, considering...

Ketamine Sun said:
Why would you want to talk shit about me in this thread (which has been moved by Davidt) and another recent thread, they are both threads that I didn’t even post/comment on yet, or rate on.

YOU started this shit first.

Leave me alone and I’ll leave you alone,
it’s that f***ing simple.
Click to expand...

You’re not getting left alone you wee runt. I’ll gladly troll you till someone boots me off this site.

Always interested to find out what Joe C. says about Moz, cause Joe C. is really just focused on Moz from a musical perspective.
Joe C. has collaborated with a ton'o artists so he has a educated perspective when creatively evaluatin' Moz.

And David, please wear steel toe when doing this... thanks in advance.

‘You’re not getting left alone you wee runt. I’ll gladly troll you till someone boots me off this site.‘

Uncleskinny said:
This laughable encomium is notable for actually having no fresh words from the man himself in it. Which is odd, considering...

the left wing cucks at the guardian make article after article without an interview.

A useless chunk of text from a truly dismal “writer.” But ya know, Moz said it back in 1991... “I don’t want to be judged anymore / I would sooner be just blindly loved”

rifke said:
forwarding these posts to the police
Click to expand...

Uncleskinny said:
I called this two weeks ago...

You actually quote yourself?!!

Fiona makes a nice, informed and well reasoned article about Moz and the haters/puppets take umbrage!! WTF?
shouldnt the haters be over at Cometsandbugs.com singing the praises of ? instead of trying to mod the good Moz fans?

that twat Dave al Salaam Islam is never getting a Moz interview but that doesnt stop him from making those pontificating twat post in the DH blog of his.
M

Boz Boorer's guitar playing has since become an integral part of the artist's albums
Click to expand...

Aside from his riffs during the Kill Uncle tour/Your Arsenal days, I'm not so sure I agree with this assessment. While I love many of his co-writes and appreciate the fact that he's been a loyal soldier to Moz, I think its a stretch to say Boorer's guitar playing has been "integral" to Morrissey's sound. Not trying to harp on Boz, but I don't find his playing to stand out in any meaningful way, certainly not like Johnny Marr's style was integral to the sound of the Smiths. Besides, isn't Jesse (and previously Alain) providing much of the lead guitar anyway?

Even in Morrissey's later years (2005-present), Boz's playing has essentially been drowned out in a wall of noise at least on the records. If you recall the Years of Refusal demos which were posted a few years back, it was quite refreshing to hear Boz's playing cleanly in the left channel, which was quite the contrast with the studio versions on YOR. Add to that shoddy production techniques and piss-poor mastering engineering with hardly any dynamic range and it's hard to really stand out in a wall of sound these days.
A

If Fiona's tongue was buried any deeper in Morrissey's arsehole she'd be tickling his tonsils.
A

If the body were not the soul, what is the soul?

The sycophantic slags all say :
"I knew him first, and I knew him well"
V

puppet parrots triggered by a real moz article.
give them a commie diatribe and they sleep soundly
give them a true objective article like fionas and they fly right
into the nearest wall.

StalinsPipe said:
Whatever our feelings on Morrissey, I'm sure we can all agree that Fiona Dodwell isn't a journalist in any way, share or form and her writing is absolutely awful.
Click to expand...

says the person who has wrote share instead of shape.
its not me its you.

I don't have time for stupidity

I've been following Morrissey since 1984 with The Smiths and until now with his solo career. I still enjoy his music and him as an artist, but I'm not blind to realise he has become a bigoted person. Supporting For Britain says all! After reading Fiona's article, I realised that she can't separate artist from person and she won't mind anything he does or says. She is absolutely blindfolded and her writing has no meaning as she can't be objective when paying tribute to Morrissey.
Remember the lyrics 'bad bad people on the right?'. Well, he should remind himself that, after being part of, not the right, if not the far-right. Bad, bad!!

Don't Rake Up My Mistakes

Coincidence that the two ‘fans’ interviewed both form answers out of lyrics? I mean, for one to do so, fair enough, but two just makes it look totally fake.
"I Am Mine"
You must log in or register to reply here.