A light that never goes out - The Smiths are on the cover of our new issue - QTheMusic.com
Get Q331 from 31 December for a special celebrating 30 years of the iconic band

The Smiths are on the cover of our next issue as we celebrate 30 years of Morrissey and Marr.

In a special issue, out Tuesday (31 December), we look back at the iconic group through a series of new and rare interviews, eyewitnesses pieces, previously unseen pictures and a lot more.

Plus Q331 also features our exclusive albums of 2014 preview, including in the studio reports with the likes of Lily Allen, Kasabian, The Maccabees, Elbow, Beck, Interpol and more.

We'll have more from the new issue soon, but for now here's a peek at the new cover. 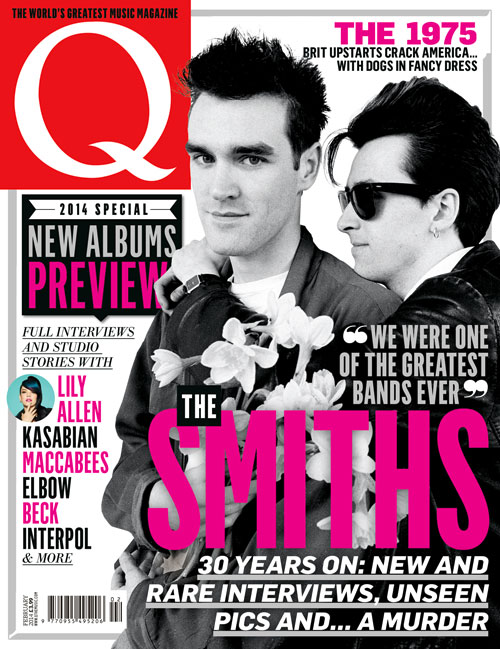 It's all good · From On the moors
Subscriber
M

Haven't you said that before?

Does it have an extra track and a tacky badge by any chance ? I couldn't help it

Ill check if Bruna [ Dutch shop with lots of magazines and other products]get it, and if it's woth buying,
indeed there's so much allready said, but waiting on Marr's autobiography.

Damn it, the music I like is for olds!
A

Who said "We were one of the greatest bands ever?" It's true and I'm glad someone was having a Kanye moment but I'm just curious.

Will we get to see Morrissey's New Year State Of The Planet Rant today?
"All you people ought to be like me / Drink that good cold whisky and let the cocaine be."

Yes it may be, but the point is that the world is still talking about the Smiths and making them cover stars decades after they split.


sloughbomb said:
Yes it may be, but the point is that the world is still talking about the Smiths and making them cover stars decades after they split.
Click to expand...

Morrissey has signed more books on ebay. Is he coming to France soon.

Subscriber
So, I just got this...

Victoria Segal article on the early days of The Smiths.
Andrew Perry on being a teenage Smiths fan (including a signed ticket from Morrissey).
Adrian Devoy on interviewing Morrissey and Marr when he was 19. Very interesting read, this one.
Opionions on songs from Ryan Adams, Brandon Flowers, Anna Calvi, Tim Rice-Oxley, Alexander 'Chilli' Jesson and Hayden Thorpe.
Mini interview with Mike Joyce.
John Harris on the night The Smiths broke up.
A pictorial taxonomy of all the songs of The Smiths (i'll try bung a pic of this up later, quite interesting).
Andrew Perry on the making of the first album, and John Harris reappraises it. 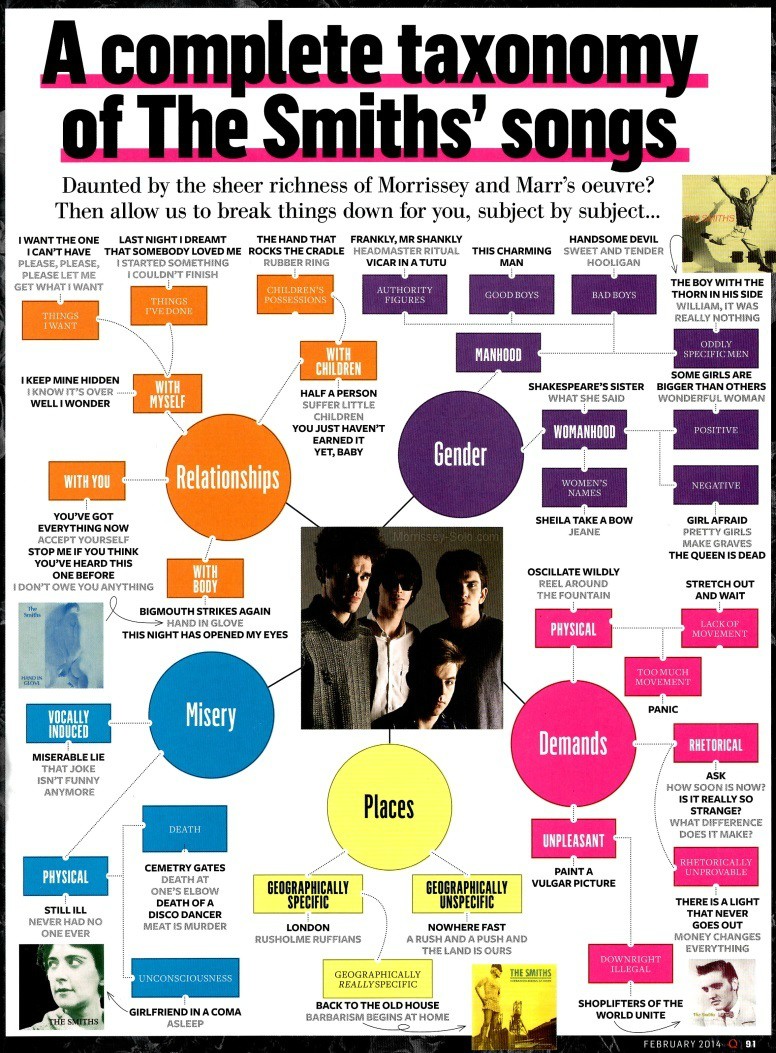 Not a bad read, all in all.

The Smiths - The Catalogue 1988 - flexi disc and Morrissey poem - ebay