Then followed by a section of the review shared here yesterday:

“Morrissey has been pretty consistently great over the years, and right now, on the cusp of turning 60, he is performing like his life depends upon it. “

“His distinctive voice was in fantastic shape, a creamy baritone rising up to sweet falsetto, descending into gruff barks and extending into melismatic yodelling warbles.”

“it strikes me as a tragedy that this extraordinary Englishman no longer feels welcome in his homeland. Because this is a show that should be seen, a slice of rock theatre as life-enhancing, thought-provoking and emotionally powerful as any West End drama.”


Someone's been catching up on the news here
Regards,
FWD.

If it is indeed true that he or someone in his camp does check here from time to time, I just want to say: release a proper live dvd or Blu-ray of this Broadway residency. Most of us aren’t able to get to NYC and a proper live dvd would sure make up for that. Because it does indeed feel like this is a show one wouldn’t want to miss.
Also, sorry for the trolls.
"[I call] for every shade and persuasion … we shall always be alongside each other - everyone's culture of value."
- Morrissey, May 2019

"This extraordinary Englishman no longer feels welcome in his homeland..."

How can they see the Love in your eyes and still they don't believe you?

Do You Think That Moz Will Reissue ( Re - Release ) World Peace One Day ?

Exactly, the British really have a lot to answer for on this.
Great review and great the BBC at least backs him once again.
A

How can they see the Love in your eyes and still they don't believe you?
Click to expand...

Well I don't know, maybe if you were less busy marking people's posts "troll", these people would have a chance to listen to that song!!!

Because of those negative ratings I don't have time to listen to any of Morrissey's brilliant covers! Shame on you.

I think he mentioned in one interview few months ago that he will, but I don't remember which one was.
A

With Danny Baker just being sacked for making a silly tweet - I give it a few days before Moz is taken off the play list because of his political views. Such views are verboten in liberal Europe.
D

i would like to listen to the song(s) in which he warbles in a melismatic yodelling way. any ideas where to look for it?

This is an unseen pic, isn´t it?
Maybe from early this year? There have been rumours of him recording in France again...

Like Morrissey said, the BBC has no taste.
A

JoeSellMozza said:
This is an unseen pic, isn´t it?
Maybe from early this year? There have been rumours of him recording in France again...
Click to expand...

It should have remained unseen. He looks like Cro Magnon man. 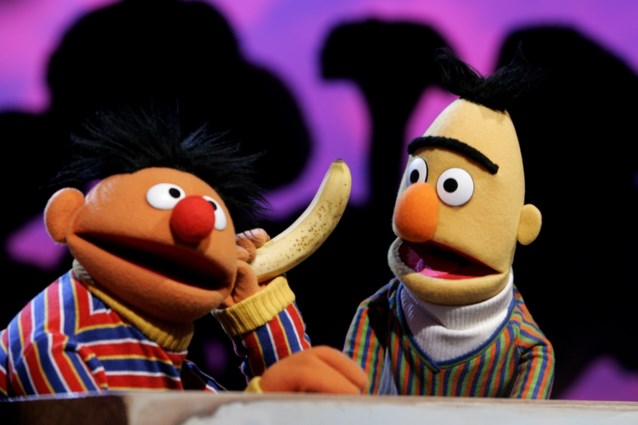 I flew from California to New York to attend night two of the residency and I was truly moved and filled with so much different emotions leaving the theatre. I don’t see how anyone can complain if they were actually there. The second night set was brilliant in my eyes. Hold onto your friends, break up the family, life is a pigsty, seasick yet still docked and the list went on. I’m 36, started attending Morrissey shows at 16 and this performance is up there in the top 3. He’s truly leaving his stamp on my memory forever and I agree with the comments saying there should be a dvd release or some type of documentation of these shows. They are beyond words.

Can’t a man travel the world and live a wonderful life in the sun without being portrayed as an exile unwelcome in his homeland?!

loversuffer said:
Do You Think That Moz Will Reissue ( Re - Release ) World Peace One Day ?
Click to expand...

Wasn’t once enough?
"If no one out there understands, start your own revolution and cut out the middleman."
A

loversuffer said:
Do You Think That Moz Will Reissue ( Re - Release ) World Peace One Day ?
Click to expand...

He should as it wasn't promoted at all first time round and some of the songs have grown in popularity with each airing, Staircase and Istanbul come to mind and the title track.
I would also like to see an official release of the Broadway run as it has been a triumph of his range of voice and backcatalogue. It would make up for not being there in person.
R

Telegraph Review in its entirety...

Morrissey on Broadway: what image does that conjure up? The former Smiths star in stockings with a chorus line of sad tap dancers unfolding umbrellas? Or perhaps, in the style of Bruce Springsteen’s year-long theatrical stint, the dour Mancunian telling anecdotes about the woeful events that inspired the composition of Heaven Knows I’m Miserable Now whilst a guitarist strums doleful chords?

Either scenario might have been amusing but, in the end, Morrisseystormed the heartland of New York theatre by doing exactly what he has been doing for nearly forty years: crooning lyrically audacious, melodically gorgeous songs about the trials of being Stephen Morrissey while a tightly drilled band conjured up a wall of thrilling rock sound. The lighting was artful, the background visuals were stimulating, the sound was crisp, the audience excited and attentive, but right at the centre of everything was one man singing about his life in a set overflowing with emotion, humour, aggravation and provocation. It was hair-raisingly magnificent. Or, in the words of the man himself, “not bad for a week night”.

At 59, the controversial British icon is performing a seven-night stint at the 1,500-seater Lunt-Fontanne theatre, just off Times Square and directly opposite award winning musical sensation Hamilton. He could have reached more fans doing one night at Madison Square Garden, as he has in the past. So presumably Broadway itself matters to Morrissey, an obsessive fan of popular music.


His distinctive voice was in fantastic shape, a creamy baritone rising up to sweet falsetto, descending into gruff barks and extending into melismatic yodelling warbles. He delivered his material with a theatricality reminiscent of such pre-rock’n’roll troubadours as Anthony Newley and Charles Aznavour, turning up the collar of his jacket to evoke isolation during an utterly bereft Seasick, Yet Still Docked, or whipping his microphone cord as if in combat during a stinging The Bullfighter Dies.

It was an odd set, packed with album tracks and B-sides. Although Morrissey has a new album of cover versions out later this month, he previewed only one song from it (the lovely Morning Starship by Jobriath). The album is titled California Son, emphasising his allegiance to his adopted home. Morrissey’s controversial support for right-wing political causes (including For Britain and Tommy Robinson) has created a quandary amongst a British fan base who perhaps idealised him as a liberal champion of the oppressed. 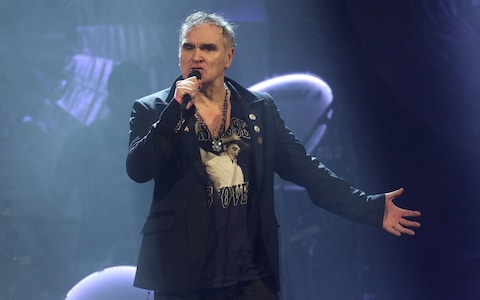 Morrissey performing his Broadway debut at the Lunt-Fontanne Theatre CREDIT: TAYLOR HILL/ GETTY IMAGES NORTH AMERICA
There were moves to boycott his tour last year, which was pre-emptively cancelled, and no UK dates have been announced for his latest venture. Yet, much of this American show seemed aimed at Britain. He poured a world of withering sarcasm, hurt and disdain into If You Don’t Like Me, Don’t Look At Me, a minor 2006 B-side to which he improvised the very British pay off: “Don’t get your knickers in a twist.”


“Do you get it?” he asked the New York audience, who loyally cheered whether they got it or not. The unfolding narrative was a depiction of Morrissey’s feelings of bewilderment, hurt and anger at his homeland turning against him. And he delivered it with such passion and pizzazz, that it didn’t matter to his US audience that the message was not intended for them.

The universal element of all his hit songs, from Smiths to solo career, is that each of us has a universe of feelings beneath our skin that the outside world can never see. This was a message driven home by a monumental version of Smiths classic How Soon Is Now?, with Morrissey wailing “I am human and I need to be loved… just like everybody else does!”

The audience responded to every song as if it were a classic, because, frankly, in that intimate venue, in that moment, every song sounded like it was. Morrissey has been pretty consistently great over the years, and right now, on the cusp of turning 60, he is performing like his life depends upon it. And even though he has said many ill-considered things – the UK press-enraging “I see no difference between eating animals and paedophilia” is a particularly memorable example – it strikes me as a tragedy that this extraordinary Englishman no longer feels welcome in his homeland. Because this is a show that should be seen, a slice of rock theatre as life-enhancing, thought-provoking and emotionally powerful as any West End drama.
You must log in or register to reply here.