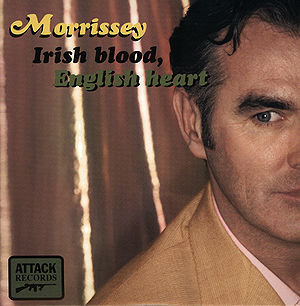 Irish blood, English heart
This I'm made of
There is no one on Earth
I'm afraid of
And no regime
Can buy or sell me

I've been dreaming of a time when
To be English
Is not to be baneful
To be standing by the flag
Not feeling shameful, racist or partial

Irish blood, English heart
This I'm made of
There is no one on Earth
I'm afraid of
And I will die
With both of my hands untied

Sticker on front: " CD1 (of 2-CD Set) Features Exclusive B-side “A daringly stroppy pop song which he cracks like a whip” MOJO “his best single for a decade” NME ATKXS002 "

New album [url=http://www.discogs.com/Morrissey-You-Are-The-Quarry/master/4586]'You Are The Quarry'[/url] in stores May 17th 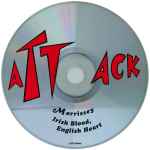 Some copies have a sticker on front case: CD2 (of 2-CD Set) Features Exclusive B-sides

Back cover: New album You are the quarry in stores may 17th

Booklet: Recorded in Los Angeles 'Irish Blood, English Heart' taken from the forthcoming album 'You Are The Quarry'

Released in jewel case with a clear tray. Eight page fold-out poster type booklet contains lyrics to the lead track. Track durations are not printed on the release. 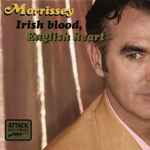 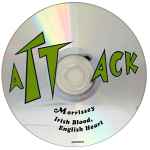 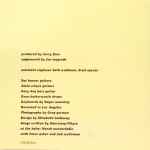 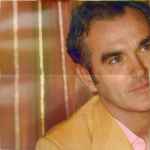 "Irish Blood, English Heart" is a song by British singer Morrissey, released as the lead single to his seventh studio album You Are the Quarry. His first new song in seven years, it was released on 12 April 2004 in the United States and on 10 May 2004 in the United Kingdom. The song, described as "the most unambiguously political of his career to date", touches upon Morrissey's identity as the son of Irish immigrants living in England. Driven by the hype of Morrissey's comeback, it became his highest-charting single in the United Kingdom (alongside 2006's "You Have Killed Me"), reaching number three on the UK Singles Chart. It is also his highest-charting single in Sweden, peaking at number four, and it reached number seven in Canada and the top 20 in Ireland and Norway.