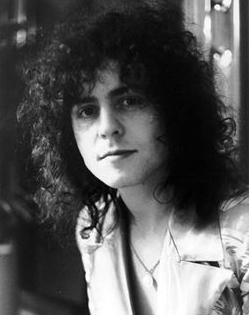 T. Rex, initially known as Tyrannosaurus Rex, were a British rock band formed in 1967 by singer/songwriter and guitarist Marc Bolan. Initially releasing four albums as a folk band, T. Rex achieved commercial success in the 1970s as part of the glam rock movement with hits such as "Jeepster", "Get It On", "Ride a White Swan", "20th Century Boy", and "Metal Guru". The band broke up following the death of Bolan in a 1977 car accident.