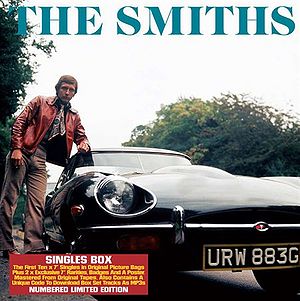 Cover Photograph from the collection of David Loehr 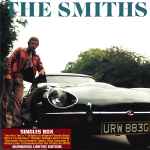 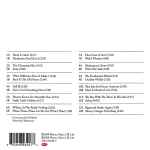 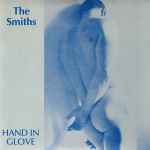 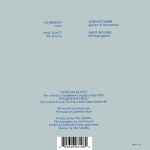 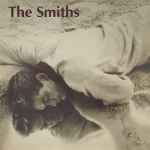 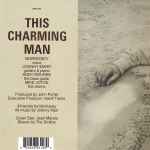 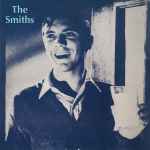 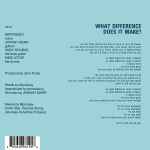 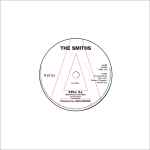 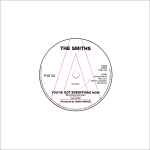 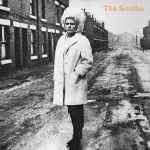 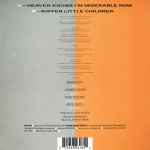 Given to the first 100 pre-orders (from the Rhino Records UK website) of The Smiths Singles Box (7" Version). Also used as a radio promo and sent to press in limited quantities

Entitled the "A" label promo CD single, the actual CD has no apparent title, and was never intended for any commercial use 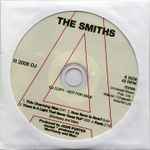 The Smiths Singles Box is a limited edition box set compilation of 45 RPM 7-inch single releases by English rock band The Smiths. It contains repressings of the Smiths' first ten 7-inch singles released in the United Kingdom between May 1983 through May 1986, as well as the Dutch-only single for "The Headmaster Ritual" and the DJ promotional single of "Still Ill," housed in reproductions of their original picture sleeves. The box also includes a 14x14 poster of the single sleeves, four collector's pins and a download code for the mp3 versions. It was released on 8 December 2008 in the UK. A compact disc version of the box set was issued on 22 June 2009 and featured a different track selection, largely reproducing the expanded track listings of the original 12-inch singles.The cover of the box features actor Joel Fabiani, taken from the TV series Department S and selected by Smiths frontman Morrissey.