You Have Killed Me (single) 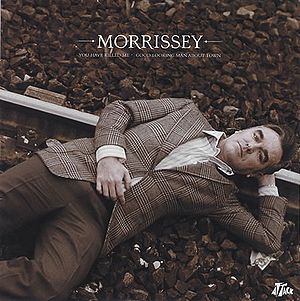 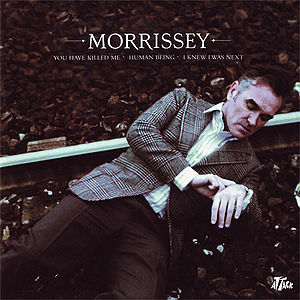 Pasolini is me Accattone you'll be I entered nothing And nothing entered me Till you came with the key And you did your best, but...

Piazza Cavour - what's my life for?

Visconti is me Magnani you'll never be I entered nothing And nothing entered me Till you came with the key And you did your best, but...

Who am I that I come to be here? "You Have Killed Me" is the first single from the album Ringleader of the Tormentors by Morrissey. The single was released on 27 March 2006. The title track was written by Morrissey and Jesse Tobias. Morrissey said it would showcase the "marked difference in sound" brought about by the new influence of Tobias on Morrissey's work while Billboard magazine described it as a "simple, effective first single". The lyric references Pier Paolo Pasolini's 1961 film, Accattone, about prostitution in the slums of Rome, as is shown in the first two lines of the lyrics ("Pasolini is me"/"Accattone you'll be"). There is much speculation as to the meaning of this quote. Some fans believe it is merely an example of Rome's influence on Morrissey, whereas others feel it is a reference to the loss of virginity, since Accattone is Pasolini's first film. A picture of Terence Stamp, main character of Pasolini's movie Teorema, was also chosen by Morrissey as cover of one of The Smiths early singles, "What Difference Does It Make?". The lyric also mentions Anna Magnani, Luchino Visconti, and in some live performances Fellini. The references to Anna Magnani and Luchino Visconti probably refer to the Visconti's segment of the anthology film Siamo Donne, in which actresses are shown in their everyday lives, rather than as glamorous or sexualised. Anna Magnani frequently portrayed ordinary women who sacrificed everything for her family, as in Visconti's Bellissima or Pasolini's Mamma Roma.