Biography:
Barrett began acting as a child, appearing on BBC children's television and in films such as Bang! You're Dead, War and Peace, The Genie and Four Sided Triangle. He continued his career, appearing in movies such as Sink the Bismark!, Dunkirk and Attack on the Iron Coast (1967).

In the early 1980s, Barrett went on to voice acting. Some of his more notable credits include Tik-Tok in Return to Oz, UrZah the Ritual-Guardian in The Dark Crystal and Big Mac, Hercules, Zebedee and several other characters in TUGS.

He also narrated Fair Ground!, Timewatch and Dark Towers for BBC and has done voices for several audiobooks and radio stations. Barrett was also an ADR Loop Group on Aardman's CGI film Flushed Away in 2006 and as a voice director on The Fruities and Lapitch the Little Shoemaker. He has also narrated episodes of the BBC TV series People's Century and Dancing in the Street. In video games, he voiced Andre of Astora, Petrus of Thorolund and Ingward in Dark Souls.
(Taken from Dubbing Fandom) 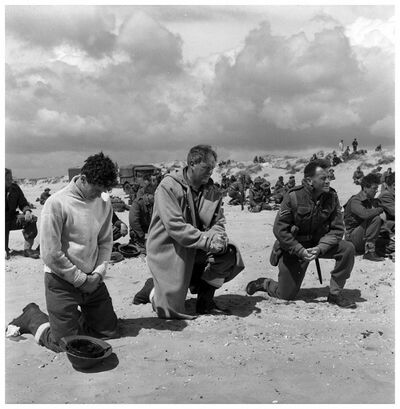