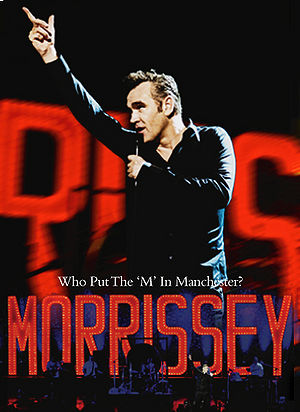 Although not listed, track 22 also includes the "Subway Train" intro.

Hype sticker applied to case. In addition to the inlay card, there is a folded credits insert. Some copies may come with a promotional insert for Morrissey merchandise, printed on one side only.

Who Put the M in Manchester? is a DVD documenting a live performance by Morrissey. The homecoming concert took place at the Manchester Arena in Manchester, England, on 22 May 2004, Morrissey's 45th birthday. The DVD was certified Gold by the BPI on 22 July 2013.